The moment film and digital photographer Ivana Cajina first walked into this 2,800-square-foot former gym in downtown Tampa Bay, FL, everything just felt right. She didn’t know exactly why a 100-year-old space painted black and red with green carpet was the perfect spot for what would become WTR Cooler Studio. But she immediately fell in love.

Cajina had recently returned to Tampa after doing a shoot in New York City, inspired to create her own version of the inclusive, queer-friendly and community-focused studios she had seen in bigger cities. Her area had several studios already, but to her something was always missing.

“A lot of the studios that were here were not necessarily owned by creatives,” Cajina said. “Not that you have to be a creative to own a studio, but it was just always lacking something. That feeling of it being yours when you’re there, so you feel free to create.”

“Tampa is pretty small. One of the major studios is owned by a group of older dudes. So to be Latina and queer and our business is Black and brown owned — this is what we need in Tampa. We need more of this.”

Cajina had held onto a goal of owning a business since she was little. Now she was fully committed to making this one her first. A conversation with Marissa and Roberto Guido, two friends who were also looking for a creative warehouse space, initiated the partnership that made WTR Cooler possible.

“I showed them photos and that was it,” Cajina said. “There was no further discussion. Just, ‘Okay, we’re all in.’” 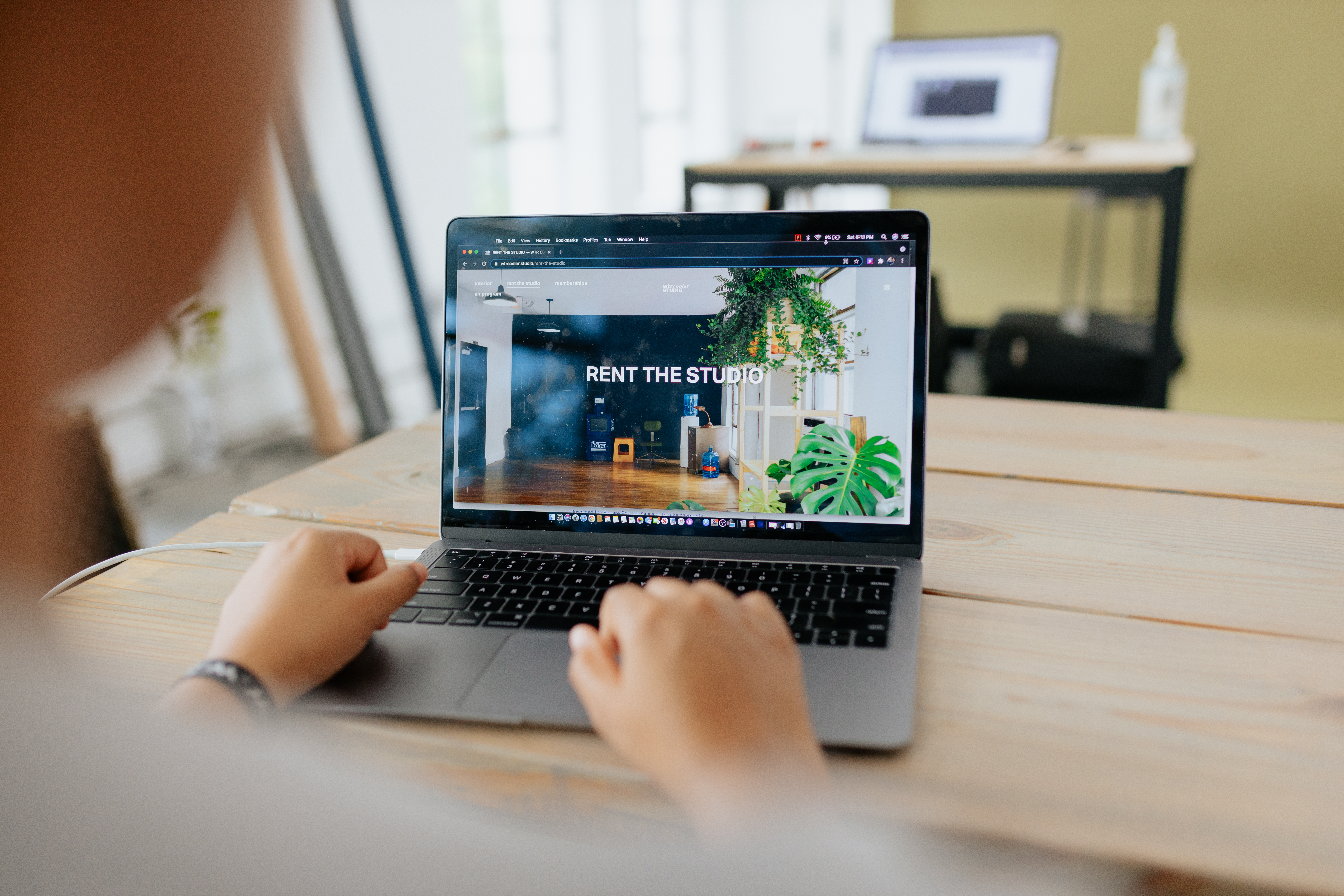 Right away, the trio began brainstorming names, working on the LLC, and going through contracts. In April, they were in the space from 8 a.m. to 3 a.m. — painting, demolishing, and lifting each other up through stressful moments.

For the grand opening pop-up, photographers, videographers, and models took advantage of the beautiful natural light shining through a series of tall windows, a white Cyclorama wall, and a diner set. There was also the key ingredient that Cajina uses to create an environment that’s open and inclusive to the community: plants.

“For some reason, it sounds nuts, but having the plants that we have feels so welcoming the moment you walk in,” she said. “And I know I may be biased, but there’s something about it. Every time someone walks in they go, ‘Whoa.’ Because you don’t expect it. It just feels good. So maybe the plants. It’s got to be plants.”

One month after that initial pop-up, the WTR Cooler owners are doing everything they can to keep up with the demands of running a small business. They wanted to open quickly so that the local community could start to get a feel of the space and then collectively build on it from there.

“It’s basically our baby and it’s so important to us because there are a lot of talented people here in Tampa,” Cajina said. “Like photographers, videographers, models — anything. But there aren’t enough resources. So we’ve created this space thinking, ‘Okay, awesome, we own a business now, this is pretty cool.’ But what’s great is, we can now provide a space for the community.” 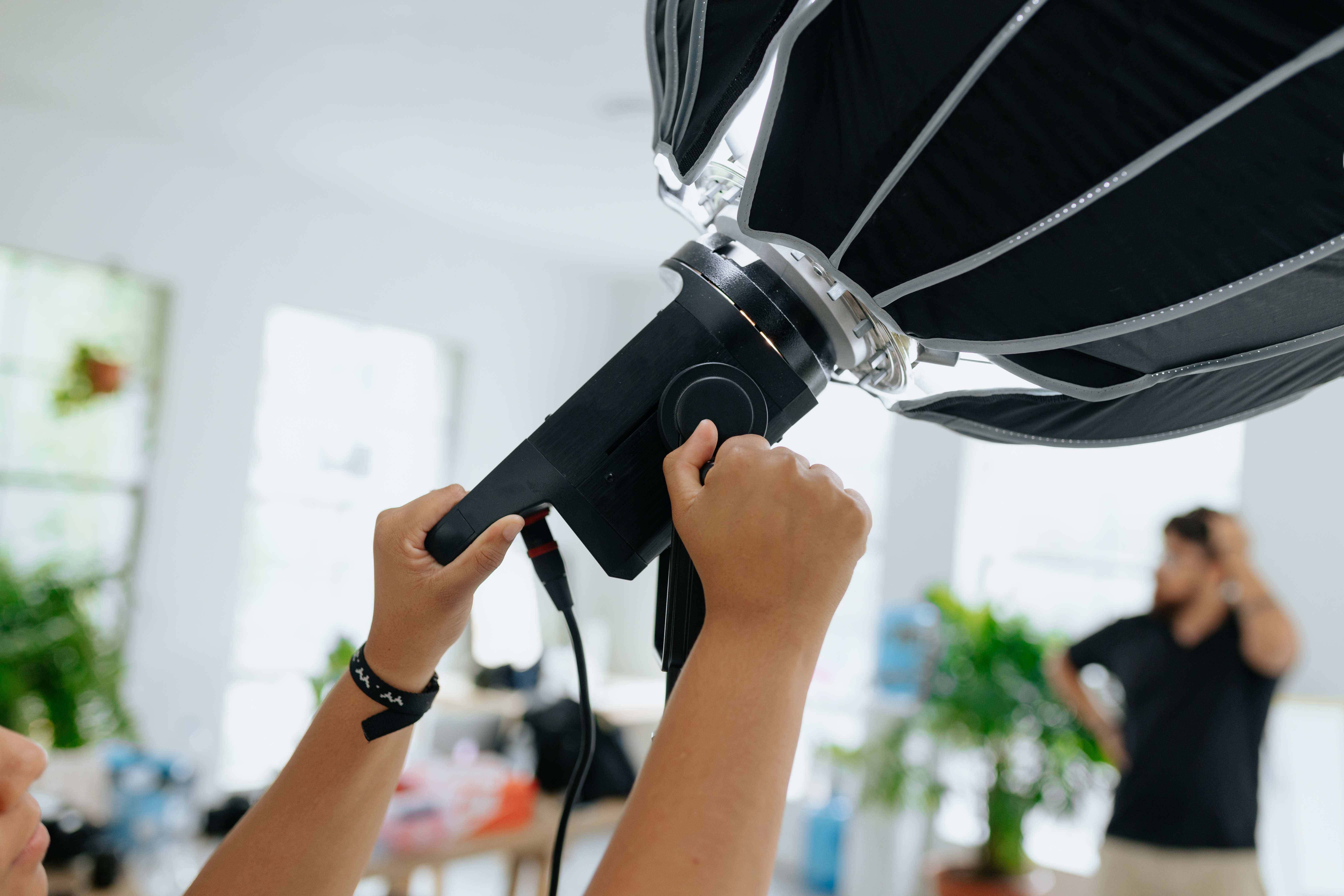 The owners are intentionally investing in the local creative community, knowing that as the Tampa art scene grows, so will WTR Cooler. The bookings are starting to fill up and the first member of WTR Cooler’s Artist in Residency program will start on a project soon with 10 hours of free studio time. At the end of the residency, WTR Cooler will host a reception to showcase the work. Building bigger sets and using workshops to teach people how to light and shoot inside the studio are in the upcoming plans as well.

“It’s all about having the resources that people in the community can reach at without it feeling impossible,” Cajina said. “That’s really what we want.”

Cajina is still getting used to being a person who sets monthly, quarterly, and annual goals. But she’s driven by a desire to provide something she had trouble finding herself.

“My whole thing when I even started freelance photography was there was no one like me that I could really look up to here,” Cajina said. “There were no other queer women I could look up and go, ‘Oh, wow, okay I can do that.’ Instead I was like, ‘Okay, I guess I just have to build that.’ Ultimately it’d be great to be able to inspire others and show where I started, and this is what you can do. That’s what I would’ve wanted.”