We’re always talking to Square sellers to learn about their business and see how Square can help. Along the way, we’ve heard a lot of inspirational stories from entrepreneurs who followed their passion and built something from the ground up. Our new series “Square Seller Spotlight” shares these stories of success — and really hard work — with you. We’re kicking things off with popsicle royalty. 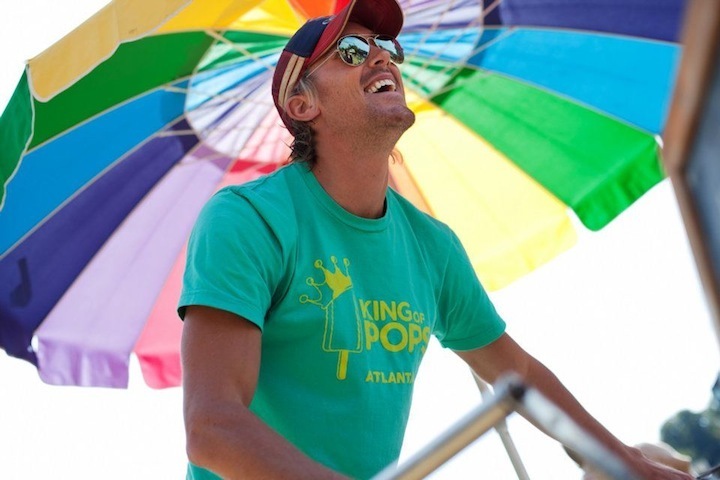 Brothers Nick and Steven Carse, the brains behind popsicle empire King of Pops, first fell in love with frozen treats on a backpacking trek from Panama City to Acapulco in 2006. Handmade Mexican paletas (essentially, frozen fruit on a stick) are a fixture there. When the weather heats up, paleta vendors are everywhere. “We were basically just wandering around eating pops,” says Nick. Lounging on a beach one day (where genius often strikes), they talked about how great it would be to bring paletas stateside.

When they returned home, Nick went off to law school and Steven to an insurance job at AIG. But when the financial crisis hit, Steven was laid off. He interviewed at other firms, but his heart wasn’t in it. That’s when Nick resurfaced the popsicle idea. Steven was in.

Their friends and family thought they were bananas. Why leave established industries for something so risky? How can you pay rent and mortgages selling popsicles? Undaunted, they went for it.

With no culinary training, they started experimenting with recipes. Nick, who was then working in an Atlanta prosecutor’s office, helped out on nights and weekends. They tested their creations on friends and, in what’s perhaps the best focus group ever, local kindergarten classes.

In April 2010, they set up their first pushcart in Poncey Highlands, Atlanta. At first, business was slow. “People looked at us a little crazy and like it was a joke,” says Nick. But after some local foodie fandom bubbled to the surface, business skyrocketed. “The rest of the summer was a blur,” says Nick. “Huge lines every weekend, staying up until 2 a.m. making pops, getting up at 7 a.m. to sell them at the farmers market.” That summer, Nick quit his job as an attorney to focus on the business.

Their hustle paid off. Since 2010, the company has grown nearly 50 percent a year and is now in seven cities across five states. On a typical summer Saturday in Atlanta, King of Pops has 30 carts out slinging pops.

The company strives to infuse the local into everything it does, sourcing ingredients from nearby farms and coffee roasters. “It keeps the community engaged with the brand and the product,” says Nick. King of Pops tries to make its locations gathering places (“People just come to hang out in gas station parking lots sometimes,” says Nick) and regularly hosts events — like King of Pops Field Day, which includes live music, carnival games, ice carving, and thousands of free pops. All the money raised goes to a local charity that’s voted on by those who attend.

King of Pops extends this community-building ethos to all its locations. Though there are 50 flavors that repeat regularly, employees are encouraged to create their own recipes out of local ingredients every week. To date, King of Pops has offered over 500 popsicle variations. “It’s not like a McDonald’s where you just get your manual and set up all your equipment,” Nick says. “We want each of our locations to be unique to that community.”

Across the board, the most popular flavors are chocolate sea salt, banana pudding, and on a hot summer day, Arnold Palmer. But in what’s perhaps a tribute to King of Pops’ beginnings, Nick’s favorite is still Mexican chocolate.