You could say we’re obsessed with the coffee scene. It’s in our DNA — Sightglass Coffee was one of the first businesses to use Square. Now over 10 million cups of coffee have been sold with Square.

So we’re excited to announce that Sprudge.com — the world’s most popular coffee publication — will now be regular contributors to this blog. They’ll be writing about news and trends to help keep cafe owners in the know.

To kick off the series, Sprudge.com cofounder and editor Jordan Michelman takes us into the hottest topic in the barista world right now: The 2015 United States Barista Championship. Have you heard of Intelligentsia Coffee? How about Counter Culture Coffee, Verve Coffee Roasters, or Ritual Coffee? These companies all have one thing in common (besides great coffee), and that’s success at the United States Barista Championship. The competition, which kicked off in October and culminates with the championships next February, is where the best coffee in the world happens. What takes place at the competition dictates the direction of the U.S. coffee scene.

A bit about how it’s set up: There are six divisions across the country, and the top six competitors from each region advance to the United States Barista Championship event. In the competition itself, competitors get 15 minutes to impress the judges. During that time, they make four shots of espresso, four cappuccinos, and four “signature drinks” — a unique recipe that combines ingredients ranging from fruit to phosphate. The only thing not allowed is alcohol. The judges give the routines a score based on cleanliness, economy of movement, taste, and expertise. Now there’s just one qualifying event left, the Big Eastern, which happens this weekend in Durham, North Carolina. It pulls competitors from two East Coast divisions — Everyman Espresso, Toby’s Estate Coffee, Blue Bottle Coffee, Box Kite Coffee, and Cafe Grumpy, to name a few. After that event, we’ll have the finalists who will take the field at the 2015 U.S. Barista Championship on February 9, 2015, in Long Beach, California.

It’ll be interesting to see if the trends we’ve seen so far continue through the last leg of the competition. Generally, there’s been a return to simplicity in the routines this year. Cocktail-influenced drinks also continue to be popular, with competitors using a lot of barware, lowball glasses, Japanese stirring pitchers, bitters — basically everything you can think of from the cocktail world but alcohol. In previous years, the winning signature drinks have included elements of molecular gastronomy or have been big showstoppers. Last year, winner Laila Ghambari smoked coffee-tree wood live on stage, making memorable use of a kind of smoke gun/blow torch device. 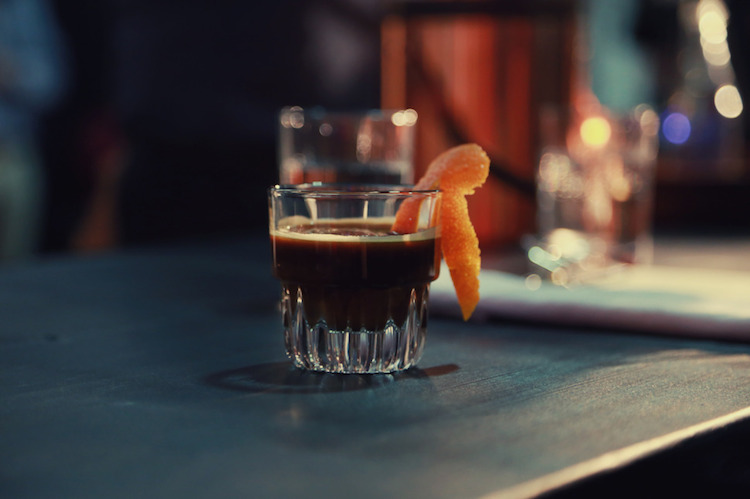 These competitions can be home to singular moments that change the way you think about coffee. To see what happens, follow along on @SprudgeLive or the event’s official live stream.

Jordan Michelman is a cofounder and editor at Sprudge.com, based in Portland, Oregon.

Photos are by Zachary Carlsen for Sprudge.com, and used with permission.