Growing up in Miami, Manny Portuondo consistently heard stories of his ancestors’ deep connection to La Tropical — a historic Cuban beer brand that, at its height in the 1950s, accounted for 60% of all beer production in the country.

While Portuondo was attached to his Cuban roots, he was more interested in playing football, going to the movies, and fitting into the American culture around him. Then, in his late 20s, something changed.

“I wanted to know where I came from and why we were here and what had happened to the family,” he said. “How did this industrial family that had it all end up in Miami without a penny in their pocket in 1960? And I questioned this: Why didn’t anybody do anything about it?”

Those questions ended up engulfing Portuondo in La Tropical’s 100-plus-year-journey, from exiled Cuban legend to thriving Miami beer brand. Today, Portuondo and his team at the newly opened Cerveceria La Tropical brew a Vienna-style amber lager using the same formula as his ancestors in 1888. He’s bringing a modern Miami audience a product and an experience reminiscent of the original location, with plans to expand globally.

“I like to say that our brands have a Cuban soul, but we’re no longer in Cuba,” Portuondo said. “It’s a Cuban soul with a Miami lifestyle. We’re the high-energy Caribbean. We’re fun. We’re sun. We’re exotic. We’re romantic. We’re Miami and we’re Cuba all in one.” 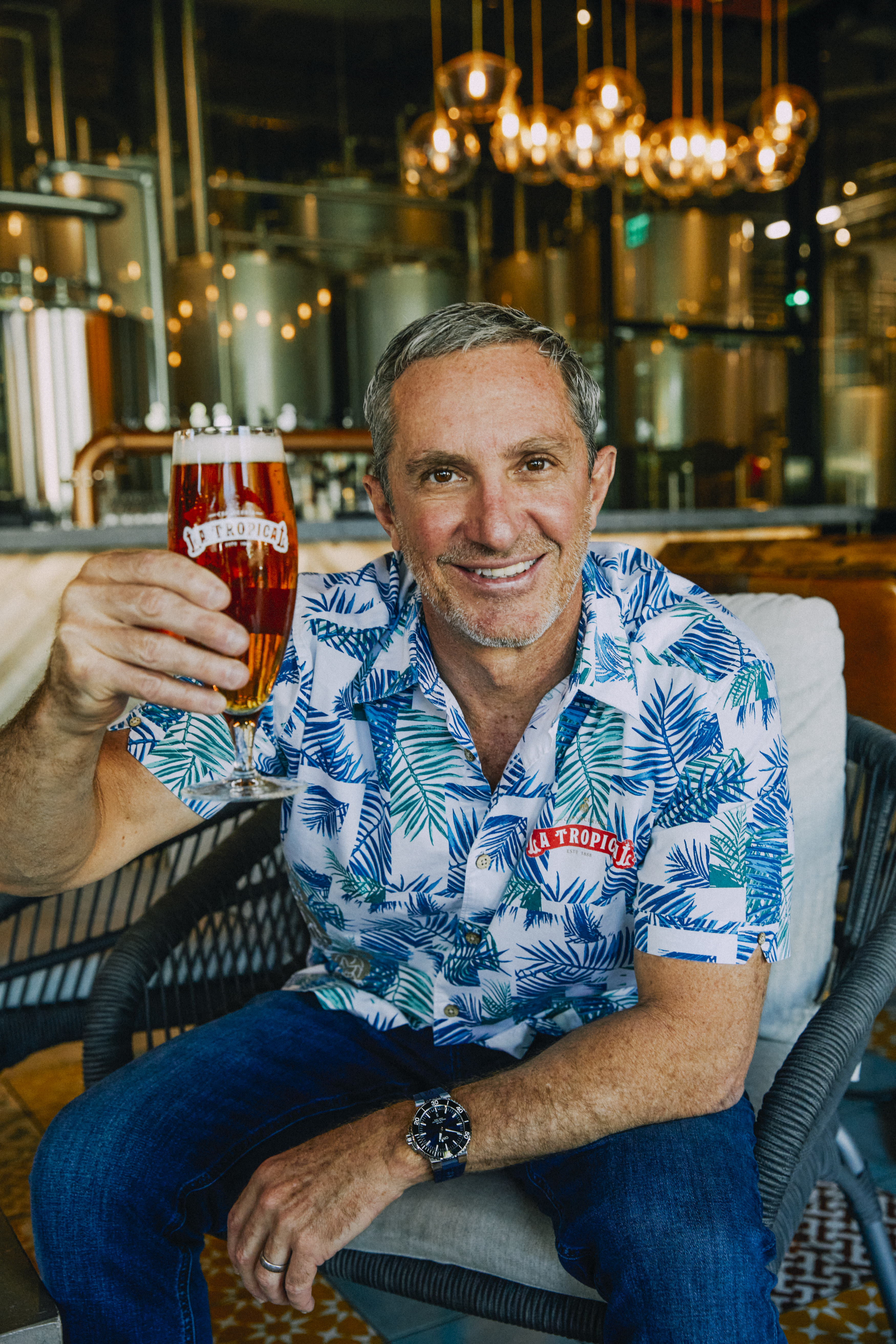 At 28 years old, Portuondo parked himself at the University of Miami’s Cuban Heritage Collection, reading every book and article he could find about the Cuban beer industry. He learned more about Federico Kohly, his great-grandfather who once owned the Havana land for the original Cerveceria La Tropical, and the Blanco-Herrera family, which founded the brewery in the 1880s.

Portuondo interviewed members of both families, learning how they created a massive beer garden that became a cultural pillar.

“Just this magical, mystical place where not only did they brew beer, but they created this real place that became a destination,” he said. “Not just for the everyday Cuban that loved beer, but also for tourism. It also became a really central place for the development of Cuban musical culture. If you were an up-and-coming Cuban musician before you were known, you would’ve played at La Tropical.”

Portuondo’s family and the Blanco-Herrera’s were pushed out by 1960 and landed in Miami, with the Cuban government taking control of the business. So Portuondo was working on an extensive legal strategy to win it back.

“Everyone thought I was nuts,” he said. “‘Manny, what are you doing? All this time you’re spending on this thing, you’re crazy. You have no chance. How are you going to beat them?’ Blah, blah, blah. And it was kind of a crazy move in 1998, and one where actually I mortgaged my house, because it was everything that I owned at the time, and I went for it. It took me 24 years.”

During that time, Portuondo made moves to legally control the brand outside of Cuba. By 2015, at the age of 55, he went to Cuba for the first time, visiting the original La Tropical gardens with his mother on what he called a full family heritage tour. When he returned home, he settled on a new strategy.

“I came back from that trip saying, “You know, I’ve been pursuing this legal strategy now for a while. It’s my passion project in life. I’m no longer 28. I’m now 55. Let’s give it a shot from a commercial perspective now. Let’s take this legal thesis that I’ve been very successful with. Let’s see if we can do something with it in terms of a commercial application of it.”

Portuondo’s background was in the beer and burger business, spending time at Anheuser Busch and Burger King. He had caught wind that the Boston Beer Company was planning to open up a small craft brewery in the Wynwood neighborhood near him, so he called up the CEO, whom he knew through previous business relationships, and made a proposal.

Portuondo sold a one-year licensing deal with the company, launching a sneak peak of the La Tropical brand as part of the Boston Beer Company opening in Wynwood, pouring in draft only.

“It became the number-one beer in short order,” he said. 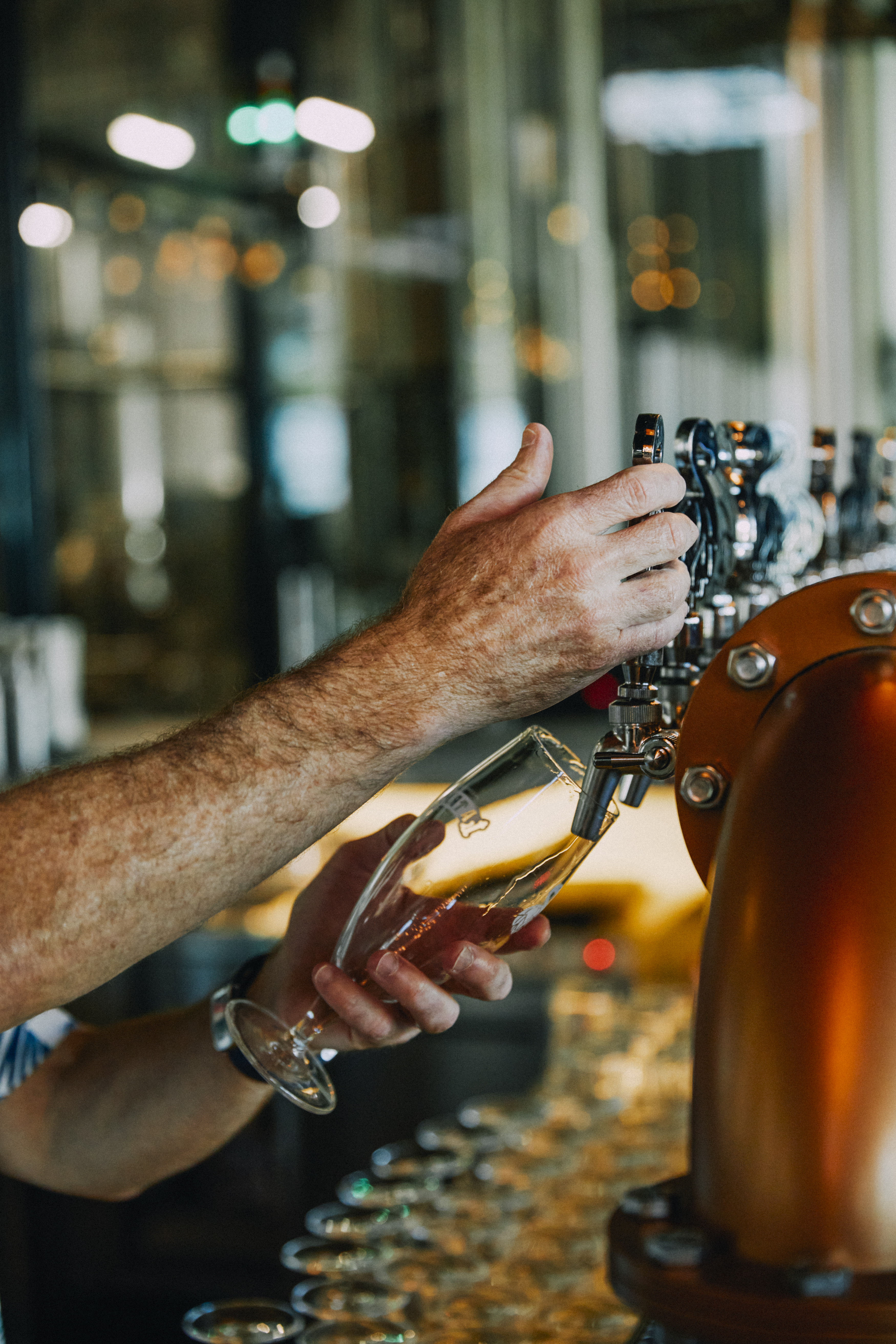 The success from partnering with Boston Beer Company garnered more attention for La Tropical, including unsolicited offers from some of the world’s largest brewers to buy the brand. Every company, except for one, made similar offers for a 100% buyout, with plans to hire Portuondo mostly for public relations purposes.

“When you do something for 24 years, you don’t do it for the money,” he said. “I was doing it for a lot of different reasons, first and foremost to restore the legacy of the families, the Blanco-Herreras and Kohlys. But there was one brewer that understood my vision and understood what I really wanted, and they made a really interesting offer, and the offer was, ‘Manny, we value everything that you’ve done. We buy into this vision of the brand. We just want a majority position. You decide how much you want to keep, and when we’re done with the deal, here are the keys to the car. You drive the car.’”

That company was Heineken, to which Portuondo sold a majority stake in 2017. They went full throttle on plans for a brewery on a one-acre property in Wynwood, featuring a restaurant, taproom, and gardens that opened in March of 2021. The new Cerveceria La Tropical is drawing between 2,500 and 3,000 customers per week.

“The reception for the brand has been overwhelming,” Portuondo said. “For Cubans, it’s been very significant because not only has it been bringing this whole Cuban brand back, but for the Cuban communities also, it’s a symbol that you can win. That you can be stripped of everything, but with a lot of heart, a lot of hard work, you can win.”

Portuondo credits a lot of that success to building a strong team from the start, including a head brewer he met when brushing up on his own skills at Florida International University, as well as a sales team and brand marketing manager helping to expand the reach of the business beyond Miami.

“I’m just growing our portfolio,” Portuondo said. “I’m really taking this lifestyle brand that I think has a universal appeal from the perspective of the sun, fun, and rhythm lifestyle that we have in Miami that ties back to Cuba. I think that has legs not only throughout the United States, but I also believe it has legs in a bunch of different markets throughout the world.”

“When you study travel patterns of who goes to the Caribbean, what you’ll find is that you can hand pick probably about 10 countries that generate 80% of all the travel that goes to the Caribbean, and what are those countries? It’s the U.S., it’s Canada, it’s most of Western Europe — France, Germany, UK, Italy, Spain. And then you have some Asian countries like Japan. Our view of the world is not necessarily to be everywhere, but be in all of the places where we believe the brand has some type of affinity that can be tied to this Caribbean culture. We think it can travel really, really well.”