Please note that this article is intended for educational purposes only and should not be deemed to be or used as legal, employment, or health & safety advice. For guidance or advice specific to your business, consult with a qualified professional.

There are plenty of examples of trendy slang and confusing buzzwords when it comes to payment systems, but contactless payment is one that’s worth paying attention to. 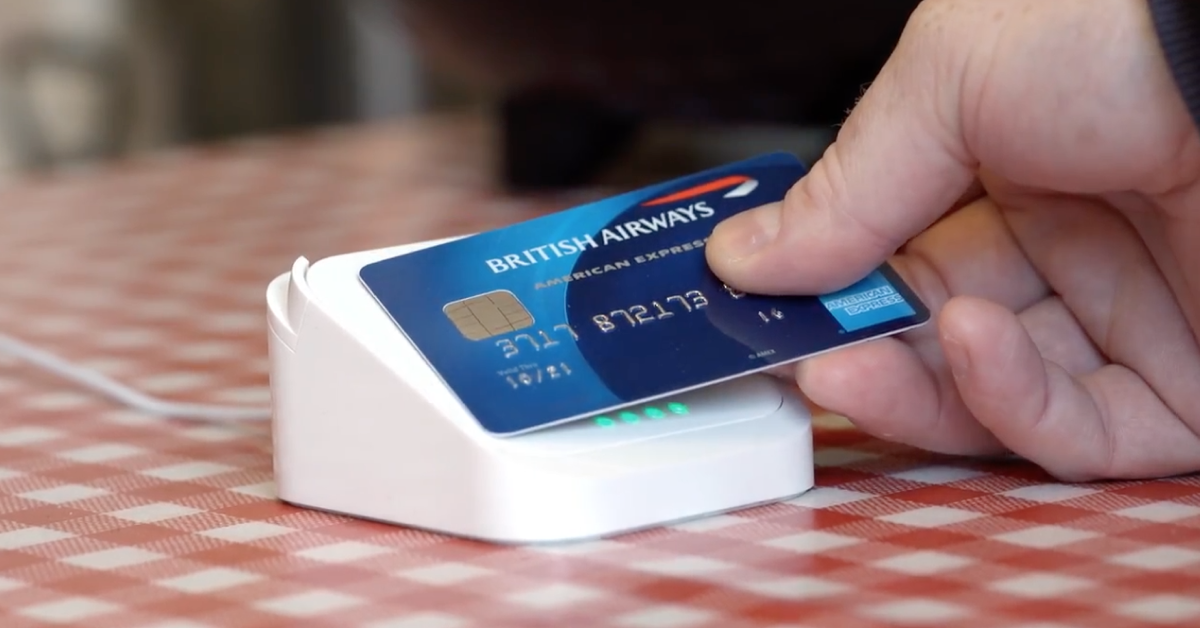 Here’s what you need to know about contactless payments, and why they’re so secure:

What is a Contactless Payment?

Contactless payments — much like EMV payments — are also a lot more secure than payments via magnetic-stripe cards. Magstripe cards are extremely outdated (they’ve been around since the 1960s). The information associated with your bank account on a magstripe card is static (it’s right there on the stripe). So, if fraudsters get hold of your card, it’s relatively easy for them to lift and clone your data (and go on a shopping spree). With contactless payment, you don’t have to worry about that.

How do contactless payments work?

A contactless payment, as the name suggests, doesn’t require any physical contact between the buyer’s smartphone or credit card and the POS terminal. You might also have heard the term NFC, which stands for “near field communication.” It’s the technology that powers contactless payments through a type of radio frequency identification (called RFID). NFC transactions take place over a specific radio frequency that enables the card or smartphone to communicate with the card machine when they’re close together (usually 10 centimetres or less).

What is the maximum contactless payment?

Plans to raise the limit for contactless payments were already in discussions between the retail and finance sectors to align other European countries who had increased their contactless limit. However, as part of the industry’s response to the Covid-19 pandemic, In April 2020 the contactless payment limit was increased from £30 to £45, and from October 15th 2021 it is being increased again to £100.

If you have customers that want to spend more than £100, they can still choose to pay through Chip & PIN card payment, cash, and other forms of contactless payments, such as mobile payments, which do not have an upper limit when authenticated through biometric technologies.

NFC is a type of radio frequency identification (or RFID) technology that allows us to identify things through radio waves. RFID is nothing new—it’s been used for decades for things like scanning items in grocery stores, luggage on baggage claims and tagging cattle. It’s now increasingly being used in video games and, more importantly, to enable contactless mobile payments.

What is a Contactless Payment Card?

It’s rapidly becoming the standard for debit and credit cards to have NFC technology that allows the customer to pay for items by tapping or passing their card above the payments reader. These types of cards are called contactless payments cards.

It’s become the norm to use apps for everything from ordering takeout to booking a haircut, but as a consumer, you might be weary of using your phone to make purchases. Well, you shouldn’t be, and here’s why: Contactless payments are actually a lot more secure than magnetic-stripe cards, whose incredibly outdated technology makes them relatively easy to clone. This means that you can end up the victim of fraudulent charges and identity theft. Contactless payments are authenticated payments, meaning they’re really hard to hack. In a contactless payment, the data associated with your credit card on file is encrypted and constantly changing. So even if fraudsters were to hack a system, the data they would find there would be useless.

Square contactless payments are even made more secure by handling the transaction starting at the virtual terminal through the payment gateway and eventually back to the merchant. If you use Square payment processing, PCI compliance is made easy because we provide all the pieces necessary to protect the cardholder’s data from the moment it’s recorded at the point of sale to the time we deliver funds to your merchant account.

What are Different Types of Contactless Payment?

Perhaps the most talked-about example of contactless payment is [Apple Pay](https://squareup.com/gb/en/townsquare/payment-gateway. It works on the iPhone 11, 11 Pro, XR and the Apple Watch, which are all equipped with NFC technology. These latest iPhone models also have Apple’s facial recognition technology, TrueDepth Camera, so even if your phone is stolen, no one can access the credit cards stored in your app. To make a purchase with Apple Pay, just wait until the light on the payment reader turns on, and then angle the device’s camera sensor up to your face.

To enable Apple Pay at your store, you’ll need to invest in a contactless reader. The Square Reader accepts both Apple Pay and EMV cards.

Other Types of Contactless Mobile Payments

Android Pay (now called Google Pay when Google Wallet and Android Pay became one in January 2018) is Google’s mobile wallet technology and one of the more popular NFC mobile payment apps. It is available on all NFC-enabled devices that run Android version 4.4 or later. To use Android Pay, customers just open the app on their phone (which requires the user to have a secure lock screen) and complete the contactless payment transaction by holding their device over the payment reader.

Magnetic stripe cards are magnetised. When you swipe them, the payment processor reads the magnetic fields and matches them to your bank account information. However, this data is static, making it easier for fraudsters to lift bank information and clone it onto a new card.

On the other hand, the data on EMV chip cards is constantly changing, making it extremely hard to isolate and extract. To isolate and clone it, someone would have to get into the physical chip circuit and manipulate things to get your bank information. This is extremely difficult for even the most sophisticated fraudsters.

Be ready for whatever’s next.