Whether you’re a beer connoisseur, foodie, or gig junkie, events and festivals are a popular attraction for Australians, peppering the national calendar year-round. In fact, in 2018 Live Performance Australia released a report showing significant growth in attendance at revenue for Australia’s live events, and IBIS World now estimates the wider Australian events industry to be valued at $28 billion. This is a big deal.

Since launching payments in Australia just over three years ago, Square has partnered with hundreds of music, arts, food, and beverage events across the country. With headline events like Bluesfest, Laneway Festival, GABS, Spilt Milk and more, the 2018–19 season was our busiest yet, so with another events year about to kick off, and Splendour just around the corner, we thought we’d share some of our insight.

We crunched the data from thousands of transactions taken at more than 100 events across the country over the past 12 months to find out how Aussies are spending at our favourite festivals. Here’s a roundup of what we found. 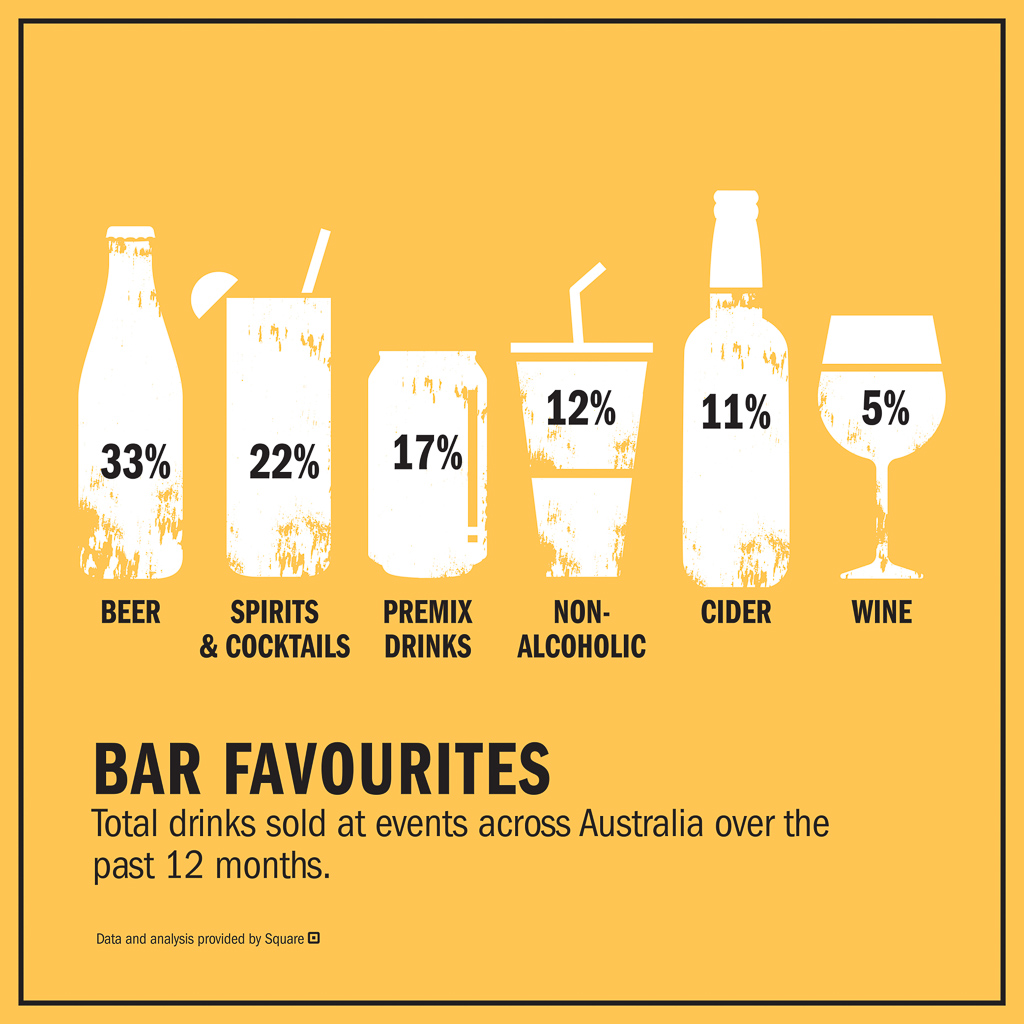 Nationally, beer was the most popular beverage consumed at events over the past 12 months, making up 33 per cent of total sales. Wine was surprisingly the least popular, making up only 5 per cent of sales.

Average spend on beer nationally was just under $9, with people spending the most on spirits, cocktails and premixed drinks at around $12 each. State by state the sales data was pretty similar, except in the ACT and South Australia, where premixed drinks, spirits and cocktails were favoured over beer. 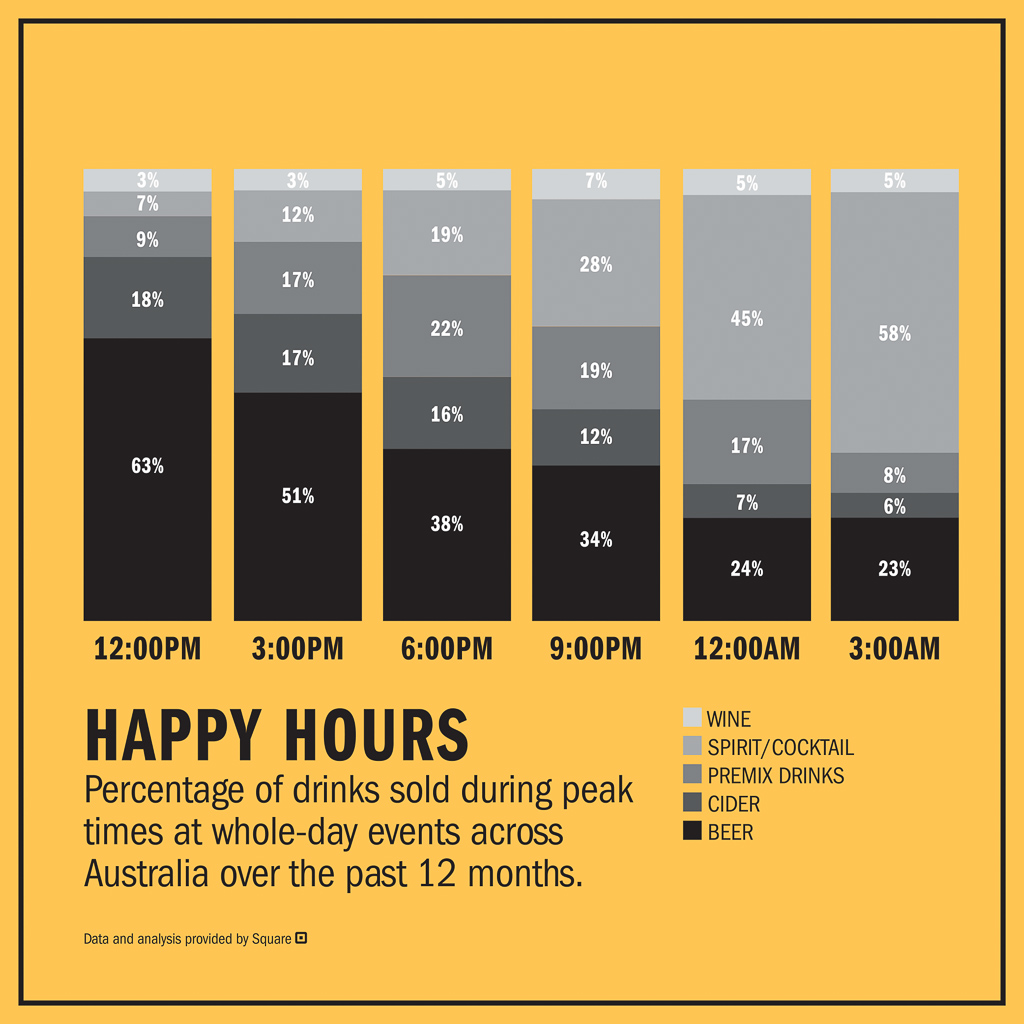 When we looked into food, the most popular snack consumed at festivals across the country was burgers, except in New South Wales, where pizza won the vote.

Average spend on food nationally was a little over $14 for a burger, pizza or salad, with hot dogs and sandwiches coming in at a lower price tag, around $10.

Forking out at festivals 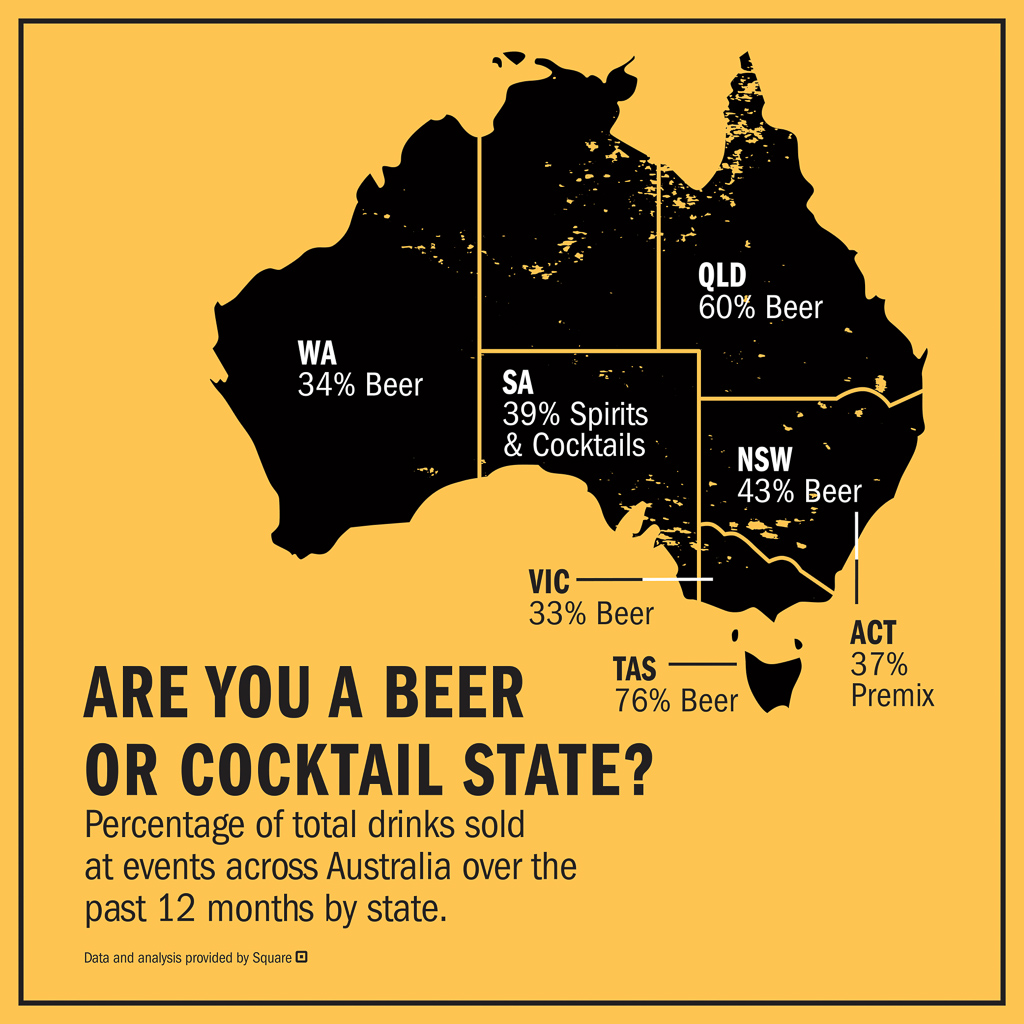 When we looked at all-day events, the average spend per card per day was $60, with just 20 per cent of those event-goers spending more than $100. At the other end of the scale, there were also some big spenders at all-day festivals, with $3,600 the highest spend on one card in one day. 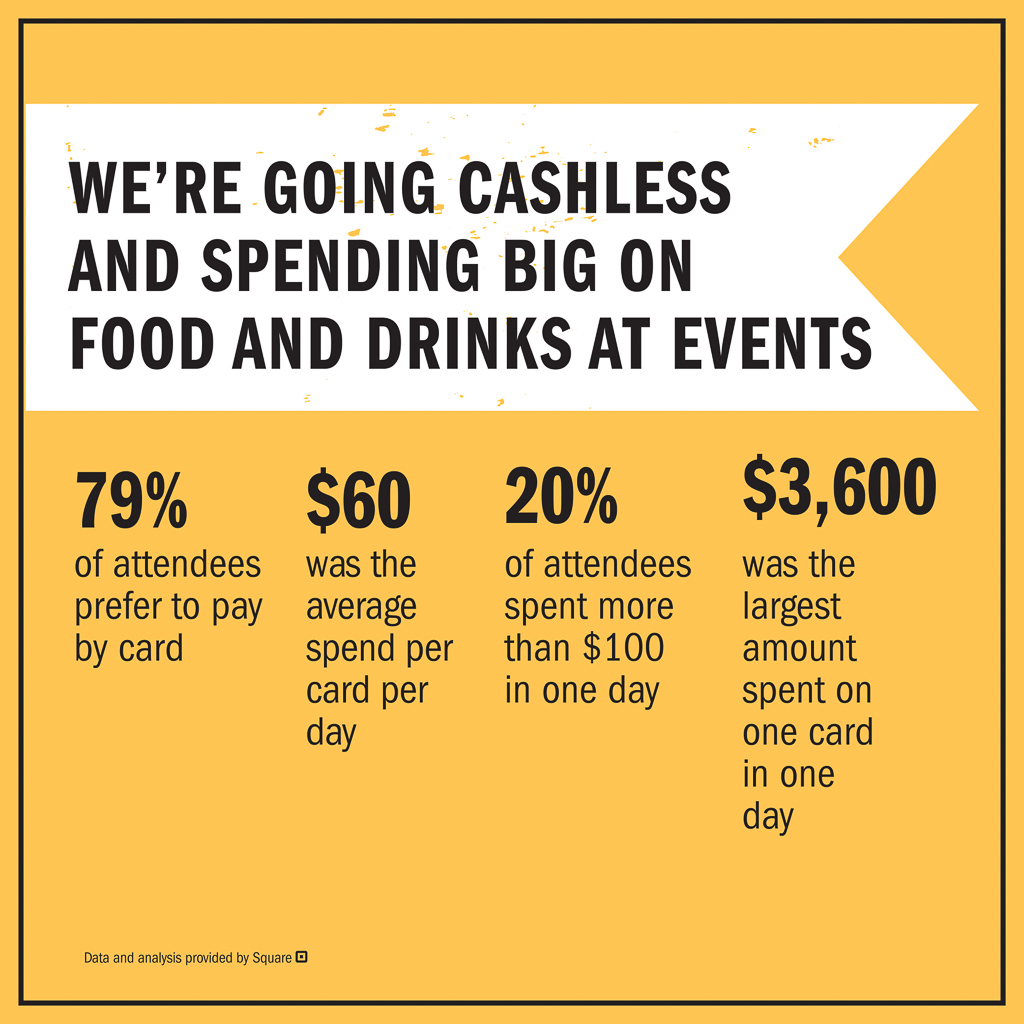 Despite most items purchased at events costing less than $15, Square’s data revealed that the majority of attendees are now choosing to pay by card (79 per cent) over cash (21 per cent) when purchasing their food and drinks.

Traditionally, events, festivals and markets lent themselves to being a more cash friendly environment, however, it seems Australia’s increasingly cashless society is leaving no industry untouched. Aedan Buckley, Founder of Australian events company Bar Pop says that while it’s taken the industry a little longer to adapt, digital payments are definitely starting to pay dividends for event attendees and organisers alike.

“Aside from the fact that cards and mobile wallets are much more convenient for our attendees, as an event organiser they are also adding more value to our operations,” said Mr Buckley. “When you weigh up the cost of having to deal with cash onsite at an event, the choice becomes a no-brainer. Armguard services, portable ATMs, security vaults and financial teams can cost event organisers dearly.”

Data is an added benefit that going cashless provides. “Data is becoming a key tool to the way we run events. From inventory management to real-time sales tracking and employee performance, the benefits of digital payments are far outweighing cash and the industry is fast catching onto this,” he said. 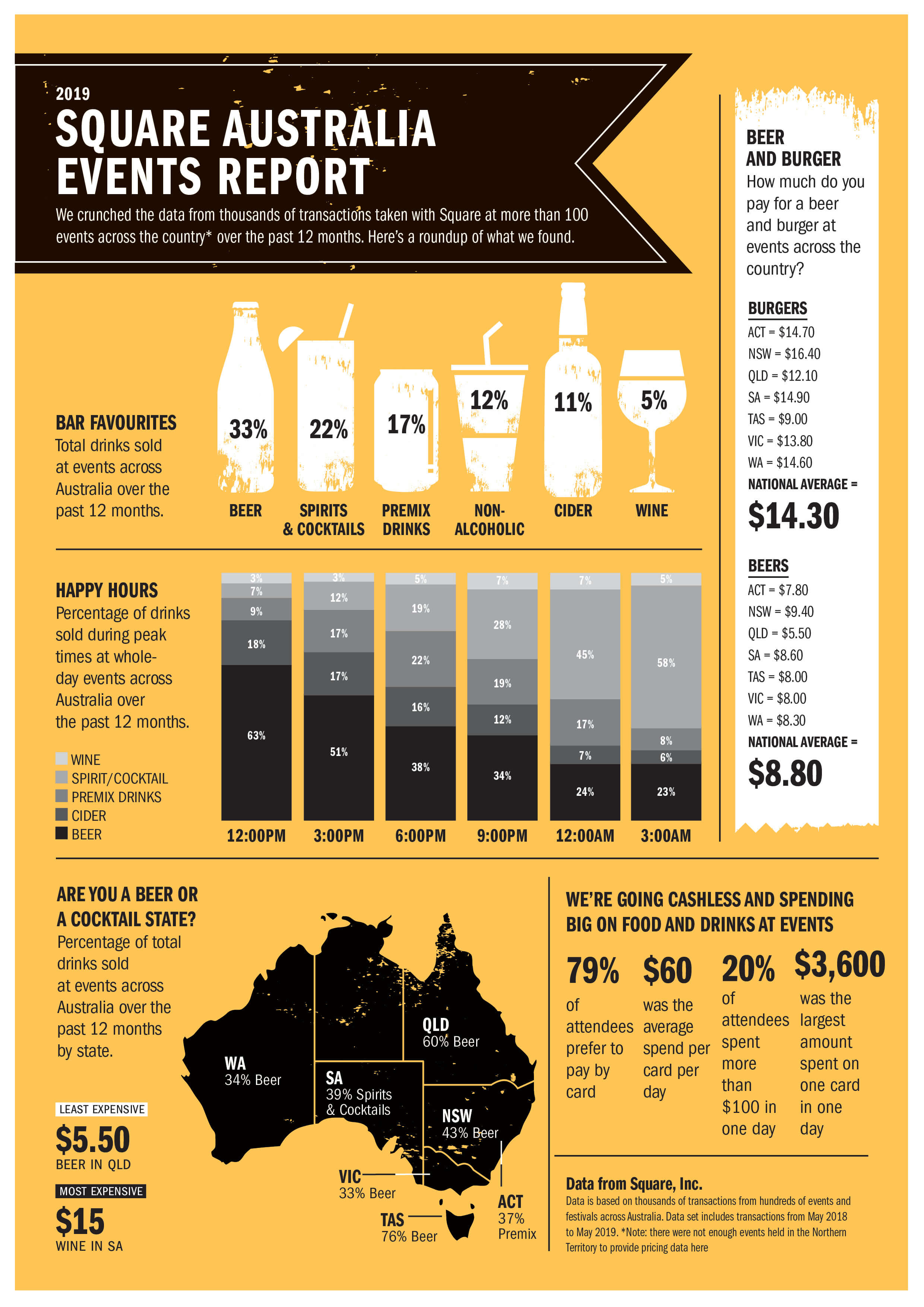 Learn more about how Square can help power payments are your event here.