We may have a reputation for being a nation of tea drinkers, but the latte has topped the charts when it comes to our favourite hot drink. That’s according to our first ever Coffee Shop Report, which got released today.

The Report analysed sales data from independent coffee shops and cafés across the UK, to reveal the busiest time of day for coffee shop sales — between 10am and 11am  — and the average price for a drink in a coffee shop or café — £2.44. The report also showed a 4x year-on-year growth in the popularity of oat and almond speciality milks. 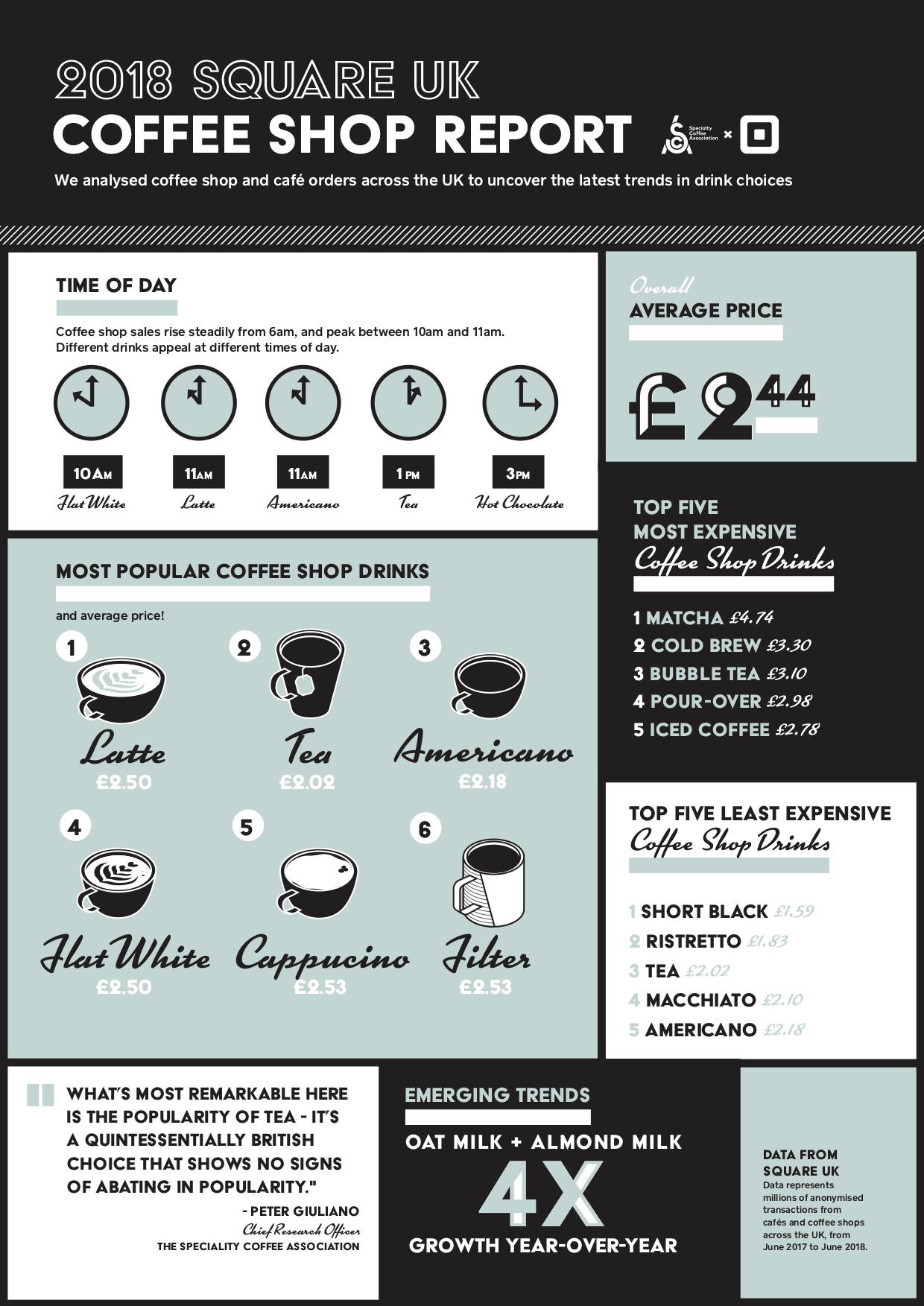 The Speciality Coffee Association (SCA) represents thousands of coffee professionals across the world. SCA Chief Research Officer Peter Giuliano said: “The latte is a popular drink so I’m not surprised to see it top the list, but the flat white’s popularity is worth noting. Starting out in Australia and New Zealand, it’s become a firm favourite in the UK much faster than in the U.S. and Canada, where it’s still something of an emerging trend. What’s most remarkable here is the popularity of tea — it’s a quintessentially British choice that shows no signs of abating in popularity.”

Catherine Seay, co-owner of Curators Coffee in Central London, also noted the trend toward  flat whites: “For us, flat whites are really popular and our most sold coffee by far.

“We are also selling a lot more “take home” beans than we used to — people are investing in high quality beans so they can get that coffee shop quality drink at home or in the office.”

Coffee aficionado? We’ll be exhibiting at Cup North, part of the Manchester Coffee Festival, this weekend from November 3-4 at the Victoria Warehouse, Manchester.