Melbourne-based social enterprise Scarf is almost a decade old. When it started out, it knew many young and marginalised people who were hungry for hospitality jobs but were facing barriers to getting them. So it decided to do something about it.

Over the last ten years Scarf has seen 235 trainees graduate from the program, provided 7,970 hours of paid work experience and served over 16,000 diners. We caught up with cofounder Hannah Colman to find out more about the program and how it uses hospitality training to change young lives.

Tell us about Scarf.

Scarf helps young people seeking protection and those from refugee and migrant backgrounds gain skills, confidence, networks and jobs. Over the past ten years we’ve worked with 235 trainees, and around 70 per cent of those trainees found jobs within six months of graduation. We partner with heaps of great hospitality businesses to run Scarf Dinners, which are at the centre of our programs.

How did the project start?

In 2009, myself and Scarf’s other cofounder Jess Moran, were both working in hospitality and volunteering with the refugee community in Fitzroy. Jess and I were meeting a lot of young people who couldn’t get jobs. We thought that was really unfair and we wanted to create a way for them to get a foot in the door.

We spoke to some friends who worked in hospitality and managed to find someone who would lend us a restaurant on Monday nights, as well as a few friends who were keen to mentor, and then we got in touch with the Asylum Seeker Resource Centre and the Brotherhood of St Laurence. These organisations both referred some young people in their network who they thought would be a good fit, and we had our first group of trainees. We ran a pilot program in 2010 with eight trainees and we’ve been running programs ever since.

How about the pop-up restaurant programs?

We’re really reliant on the general public to come along to Scarf Dinners; our dinners ensure that trainees gain real-world work experience with real customers. Our social enterprise model also means that our dinners actually help to fund the trainees’ wages, so they’re getting paid for the work they’re doing. We encourage anyone who is keen to support young people facing barriers to come along to a Scarf Dinner and bring all their friends!

We’re currently halfway through our final Scarf Dinner season for 2019, which is running on Tuesdays at the beautiful Garden State Hotel in Melbourne’s Flinders Lane.

There are still tickets available, so if you’re interested, you can find out more here. 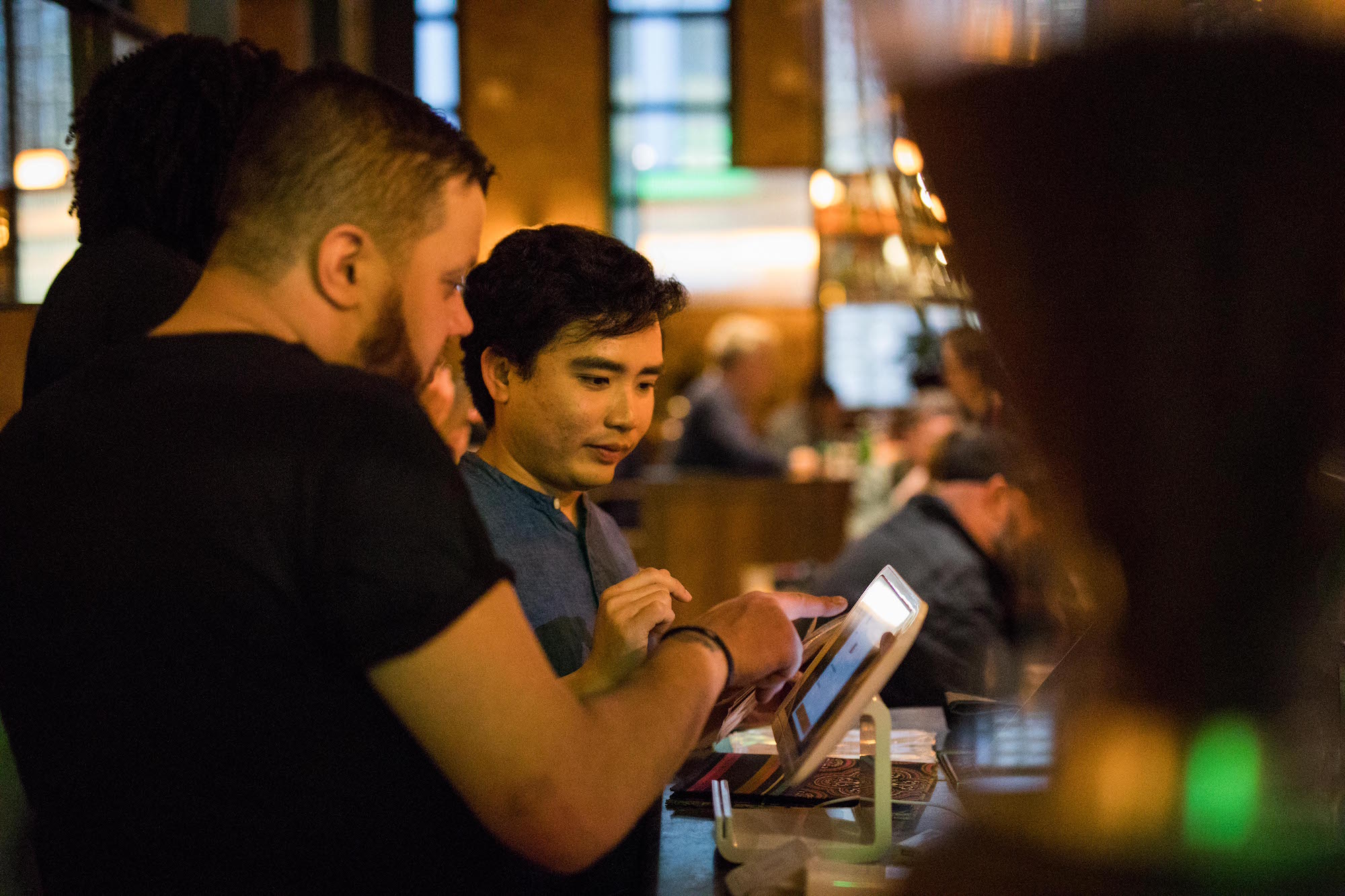 What innovations have you seen in the hospitality industry over the last few years?

I’ve noticed a lot of venues using technology in different ways, like staff using iPads to take orders and venues using Instagram stories for marketing and promotions. Collaborative partnerships between venues and brands have also become quite popular, and it’s been great to see plenty of businesses using their profile to support social enterprises and charitable causes. Recently, I loved seeing The Lincoln (a Scarf restaurant partner) running a charity bar night with bartenders from Black Pearl and Boilermaker House, with sponsored booze from Stone and Wood, all in support of charity 663 to Zero, which does fantastic work in Uganda.

How has technology helped you build the Scarf program?

When we ran our first series of Scarf Dinners in 2010, everything was paper-based, from our ordering system to the way we counted our cash at the end of the night. We were cash-only too, which was a bit of a hindrance — we didn’t get a card machine until late 2012!

These days things look very different. We’re sponsored by The Fork, which allows people to prebook and prepay for their set menu. And for the past year we’ve been supported by Square.

The Square system has been great for hospitality training. It enables our trainees to use technology for everything from ordering and making menu additions or adjustments to taking card payments at the end of the night. Square helps us create really useful reports too, which is super handy for keeping track of stock, gauging trainee performance and communicating with the businesses that sponsor us. 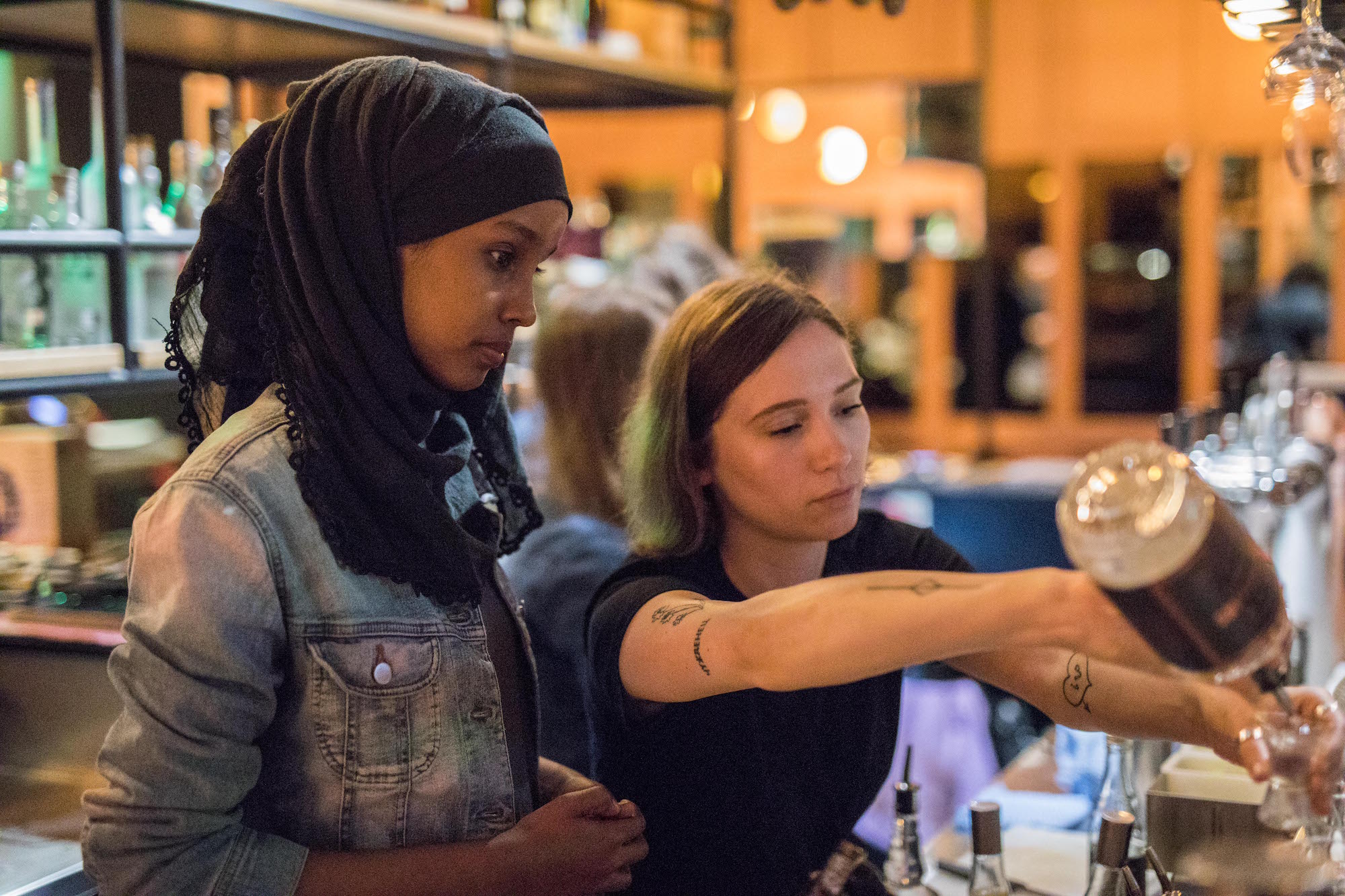 What’s next for Scarf?

We’ve just spent a bit of time creating our business plan for the next three years, and we’re really thrilled with it. We’ve got a big year planned for 2020; we’ll be running five programs and providing 56 new trainee positions. We’ll also be launching a new website and campaign in early December, offering seasonal passes for Scarf Dinners in 2020 and the opportunity to contribute to trainee wages.

How can people get involved with the program?

Young people who are keen to be trainees in the program can apply via our website. And we’re always keen to hear from businesses and individuals who want to support Scarf as a sponsor, partner or volunteer mentor. You can probably get an idea of whether you or your business are a good fit for Scarf by checking out the FAQ on our website.

And if you just want to get in touch, send us an email!