Congratulations to Rhian Pearce, owner of Old Salt Coffee, and the winner of our #ThinkBigWithSquare contest!

Rhian’s submission included an image that captured a great interaction between a business owner and a customer. Taken in her Noosa-based shop, the image caught our attention because it perfectly captures Old Salt’s place in the community and Rhian’s role as a true local who knows her customers well.

“I’ve grown up in and around Noosa since I was six,” she tells us. “I make coffees for the locals and holidaymakers — it’s a simple pleasure.” That ingrained business identity has helped to make Old Salt Coffee successful since it’s early days. 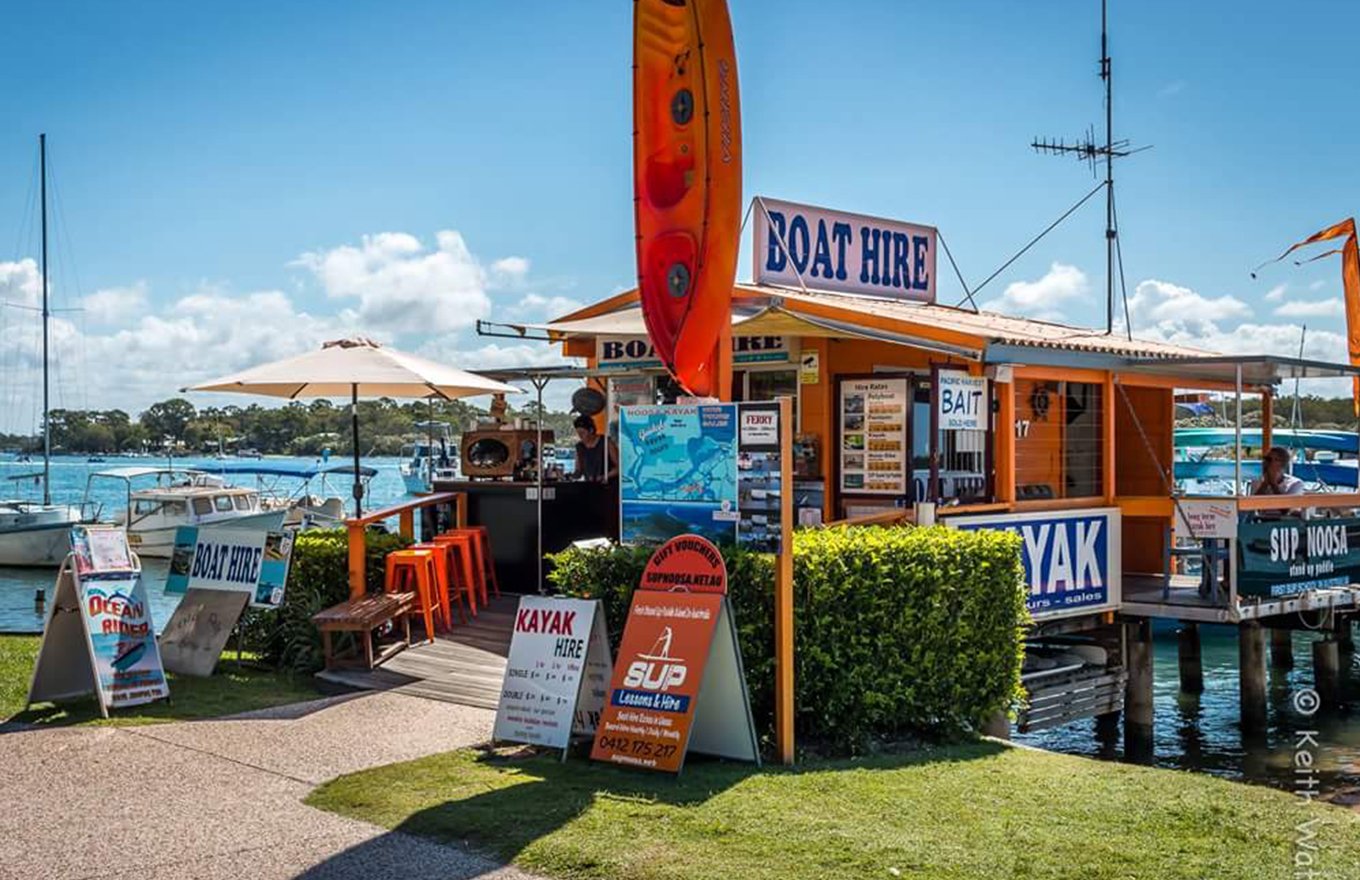 Rhian is the sole owner and operator of Old Salt Coffee, the one-woman show run from a cart located along the Noosa River. “The name ‘Old Salt Coffee’ is another name for a sailor,” she says. Before opening Old Salt, Rhian spent five years working as a Commercial diver. “The name has a lot to do with my time on (and below) boats,” she adds.

After so much time in and on the water, Rhian opted to build a coffee cart. “Last year I decided to make it real,” she recalls. With the help of her family and friends, she began drawing up a plan. “I was talking with my little brother about what I needed to build. A month later he had the frame welded, then we were attaching sides and staining and personalising the timber bench top,” she says. There were a few hiccups, but thankfully Rhian’s dad, “…has an ability to think up genius engineering solutions.” She also received, “loads of help” from her partner Lonnie.

Since then, Rhian has focused on delivering her core promise to customers: “locally blended Old Salt Coffee with great customer service — iced, hot, decaf, just how you like it.” 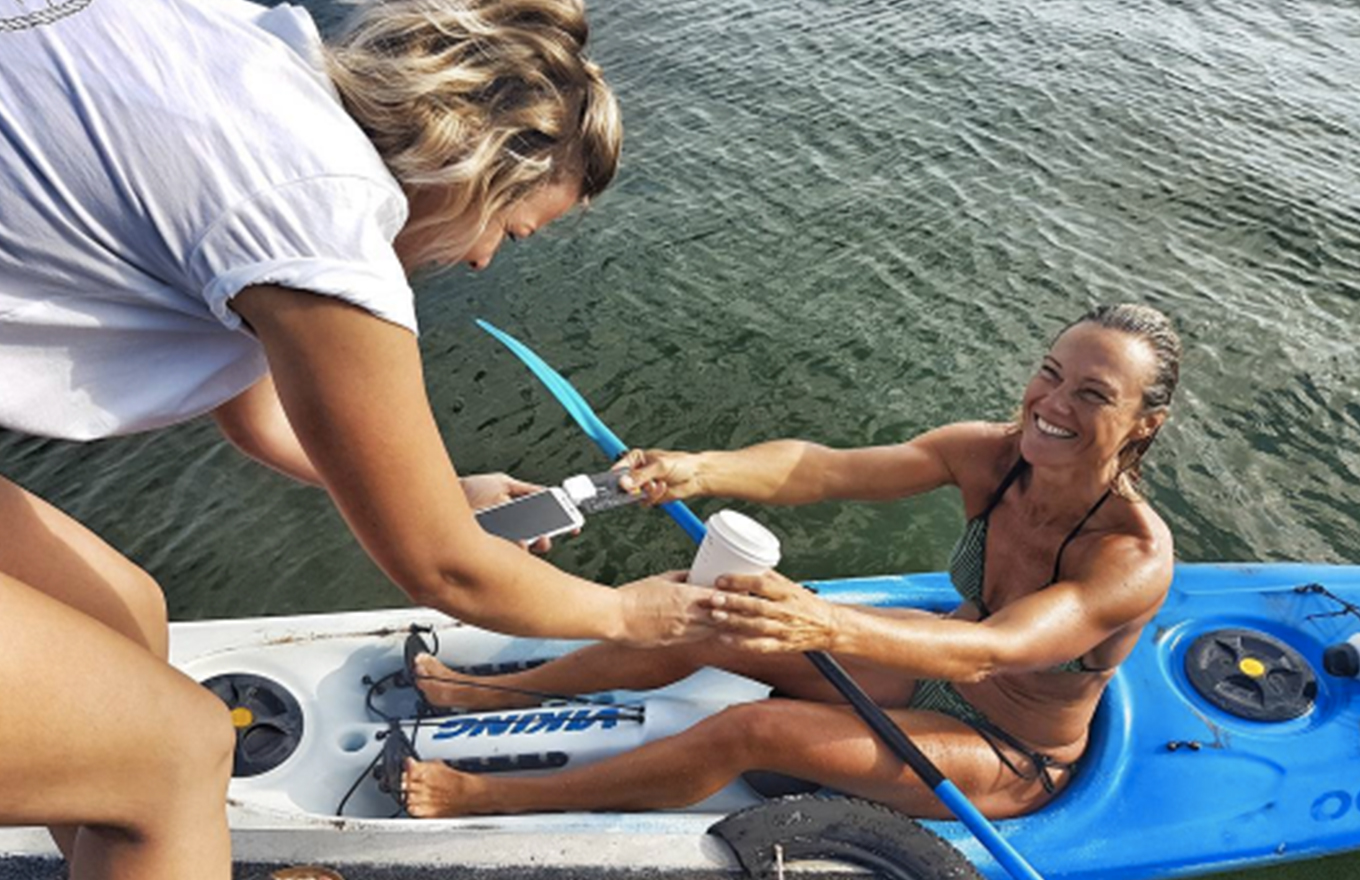 Being part of the Noosa community is important to Rhian. You only need to look at Old Salt’s Facebook page to see her frequent community announcements. In a recent post, she asked her followers to, “please put your rubbish in the bin” and accompanied the post with a photo of litter by the beach. The customer reviews — all with five stars — are consistently glowing.

Rhian also wanted to use as many locally-sourced products as possible which is why she “steered towards a local roaster that was fewer than 15km away — Flying West Roasters — and worked with them to design my Old Salt Blend. Milk was another important one for me; it had to be local and it had to be good. Maleny Dairies was an easy decision.”

Rhian is strong on service and prides herself on providing best-in-class coffee, but operating a business isn’t without challenges. For instance, the decision to launch the business last Christmas Eve was foiled by some major plumbing problems. “I got in and fixed the issues on 5 a.m. on Christmas day. The coffee machine was ready to go by 7 a.m. and it was busier than I could have ever imagined. I met some amazing people and earned myself some great loyal regulars,” she recalls.

Rhian started as a cash-only business, which is always challenge for a new business like hers. “I was turning quite a few people away every day,” she says. After learning that her Square point-of-sale app allowed her to take fully integrated card payments with Square Reader, she quickly set herself up and began accepting credit cards from her smartphone. “I have never looked back — nor have I turned away a customer,” she says.

Old Salt Coffee is looking to the future, but for now Rhian is focused on incremental improvements such as “growing the business, increasing my client base and getting Old Salt Coffee out to the public.” But, like most business owners, Rhian has an undeniable urge to push a little harder. “Eventually, I’d love to have my own cafe, somewhere people go to chill, catch up and drink great coffee.”

Thanks, Rhian. And congratulations on continuing to #ThinkBigWithSquare!