The Deli Downstairs in Hackney is a food lovers paradise, stocked with a thoughtfully curated selection of fresh, seasonal and organic fruit and vegetables, British and Continental cheeses, pies and sausage rolls, pastries and cakes, and a delicious range of small-batch jams and chutneys and mustards. During the past 12 months, as customers’ needs changed, The Deli Downstairs has been quick to react and adapt, resulting in it becoming a sanctuary for the local community.

We spoke to Sophie Taylor, owner of the Deli Downstairs, about how she came to own the deli, the local community in Hackney, what changes the deli made to best serve its customers during ongoing lockdowns, and her advice for other small business owners.

How would you describe the Deli Downstairs?

The deli has always been a very community-based shop. It’s been here for 10 years and it’s always been at the very heart of this village and that’s something that I’m really keen to maintain. Everyone Knows each other, people come in day in day out, with their dogs, with their children. It’s very much like a village shop essentially.

We’re open 7 days a week. Pretty much 364 days a year. It’s an early start - we’re here before sunrise and were here past 8 in the evening so it’s a long day but it’s nice to see the village waking up in the morning and going to sleep in the evening.

How did you come to own The Deli Downstairs?

I live locally and have known the deli for years. In fact, I was one of the suppliers to the previous owners, and when they wanted to move on and do something different, I was at a point where I needed something more home-based so that my son could go to school locally, and so it was the obvious choice. It was a very quick decision, one cup of coffee and I was like, “why don’t I buy the deli?”, and a week later I was behind the till. 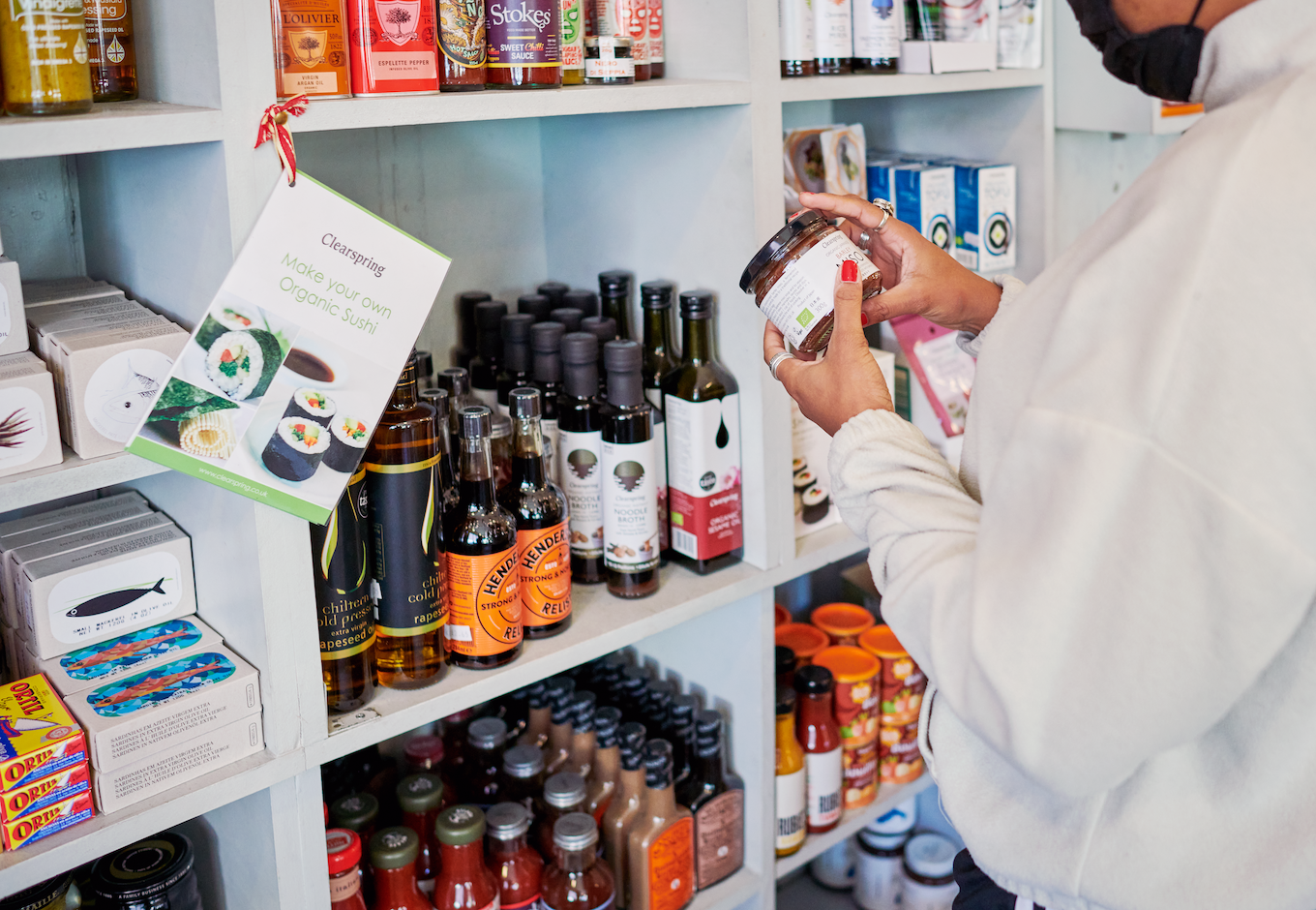 What type of produce do you stock?

We have about 2,500 produce lines but it changes every week- we focus on good quality, but not necessarily expensive. Wherever possible I buy directly from the producer, so I know where it’s made, and who’s made it. We try to change the stock as often as possible to keep people interested. Our customers are often coming in daily- they need to see something different all the time. I do all the buying myself, and the rule of thumb is that the produce should be seasonal, local, British, and of good quality.

How has The Deli Downstairs been affected by the impact of Covid?

The restaurant next door closed immediately and the tables outside had to be removed so we became much more deli focused. We had been operating as a cafe, restaurant and a deli, now it’s 100% deli.

We also immediately started doing deliveries in reaction to lockdown to minimise the queue but also to make sure we could get food to local customers who were isolating or shielding. We set up an online store. It was incredibly easy to set up and use, and without any experience in website building at all. We were able to upload all the stock easily and people have had no problem using it. A lot of the customers who really needed it were people who were not necessarily as tech-savvy, some of our older customers and I’ve been really impressed with how easy they’ve found it to use.

Have you had to make any other changes to the way you run the deli?

To be able to serve people really quickly, we needed another till register - we went from having one to having three. We got the new Square Register, and there’s a lot of added benefits to it. It’s big and has a very user-friendly interface and the staff find it really easy to use. The separate customer screen means that the customer can see all of the items being rung through which is a big advantage for us, and the contactless payment means we can keep a safe distance between staff and customer as well.

On a really busy day, we’ll walk down the queue with our Square Reader and make sure people aren’t queuing for something that we don’t have in stock, and often people may only want one thing so we’ll go and grab that and let they pay in the queue on the mobile reader so we use that quite a lot, for taking coffee orders as well as to speed the queue up. We want to find that balance of keeping things moving quickly but not rushing people. 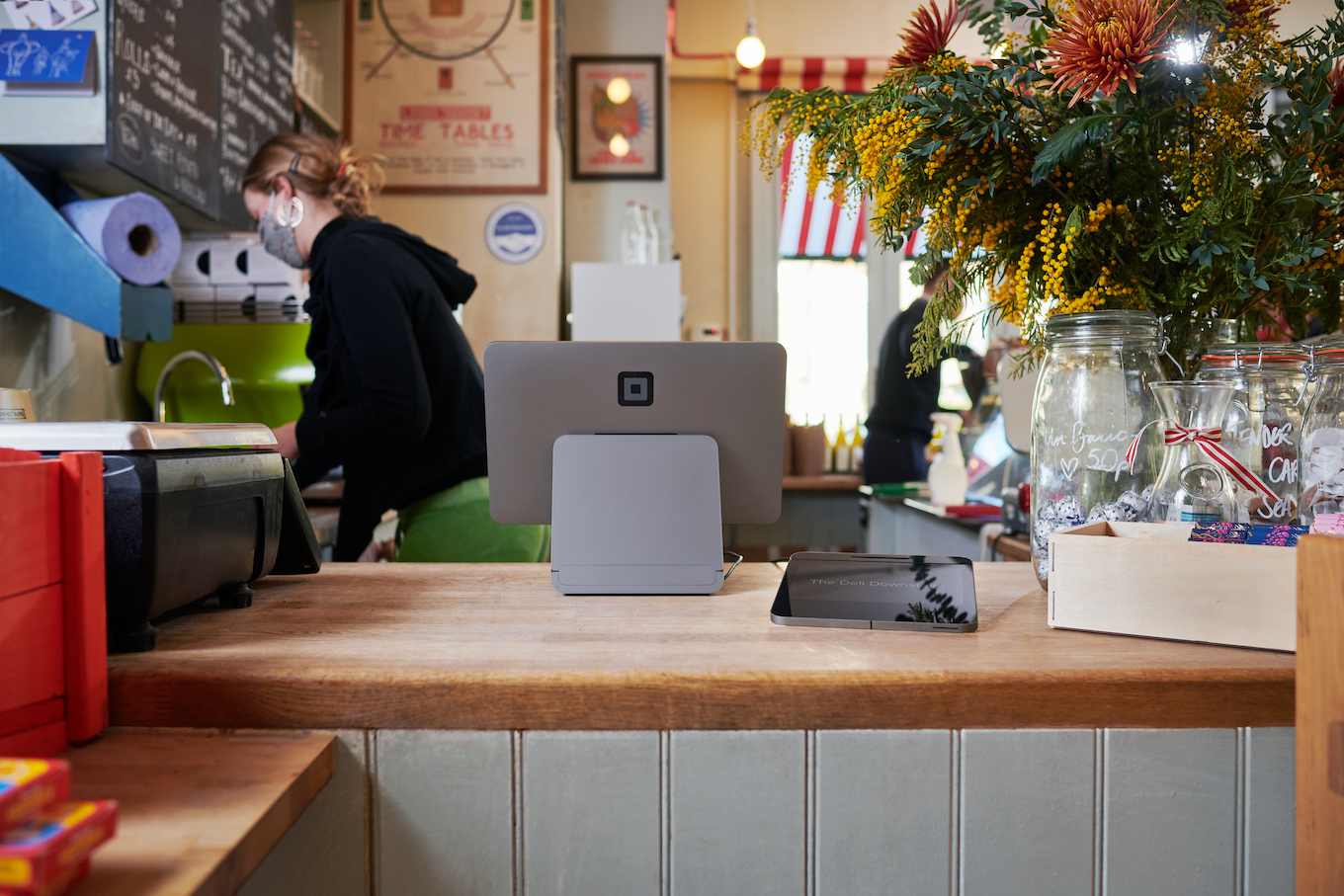 How has Square helped in adapting the business?

We had to expand our product range dramatically and very quickly, we were reacting to what people needed. We had a list on a clipboard by the door and I just said if you need something tell us and we’ll get it in.

The fact that I can upload stock so quickly onto Square has been hugely helpful, and since we were reacting so quickly to what customers need, if someone needed something, I could order it, get it on that day, and it’ll be on the online shop tomorrow for them to have delivered the next day. The fact that I can do everything on my mobile phone is just incredible and that’s one of the best features of Square for me.

The online store was really easy to set up, too. It’s been a really helpful side of the business - it’s not something that we anticipated doing but it works really well for us as a delivery function, for click and collect, and it’s also worked really well for gifts which we weren’t anticipating - people send an order for delivery to a friend of theirs who lives locally as a hamper. The online store has now become a day to day feature of the business - it’s a completely different revenue stream that we never had before.

What I particularly appreciate about Square is the fact that there are no long term contracts and I can build it up with the business. I’ve just moved on to the Square for Retail POS and we’re about to start using the Team Management feature as well 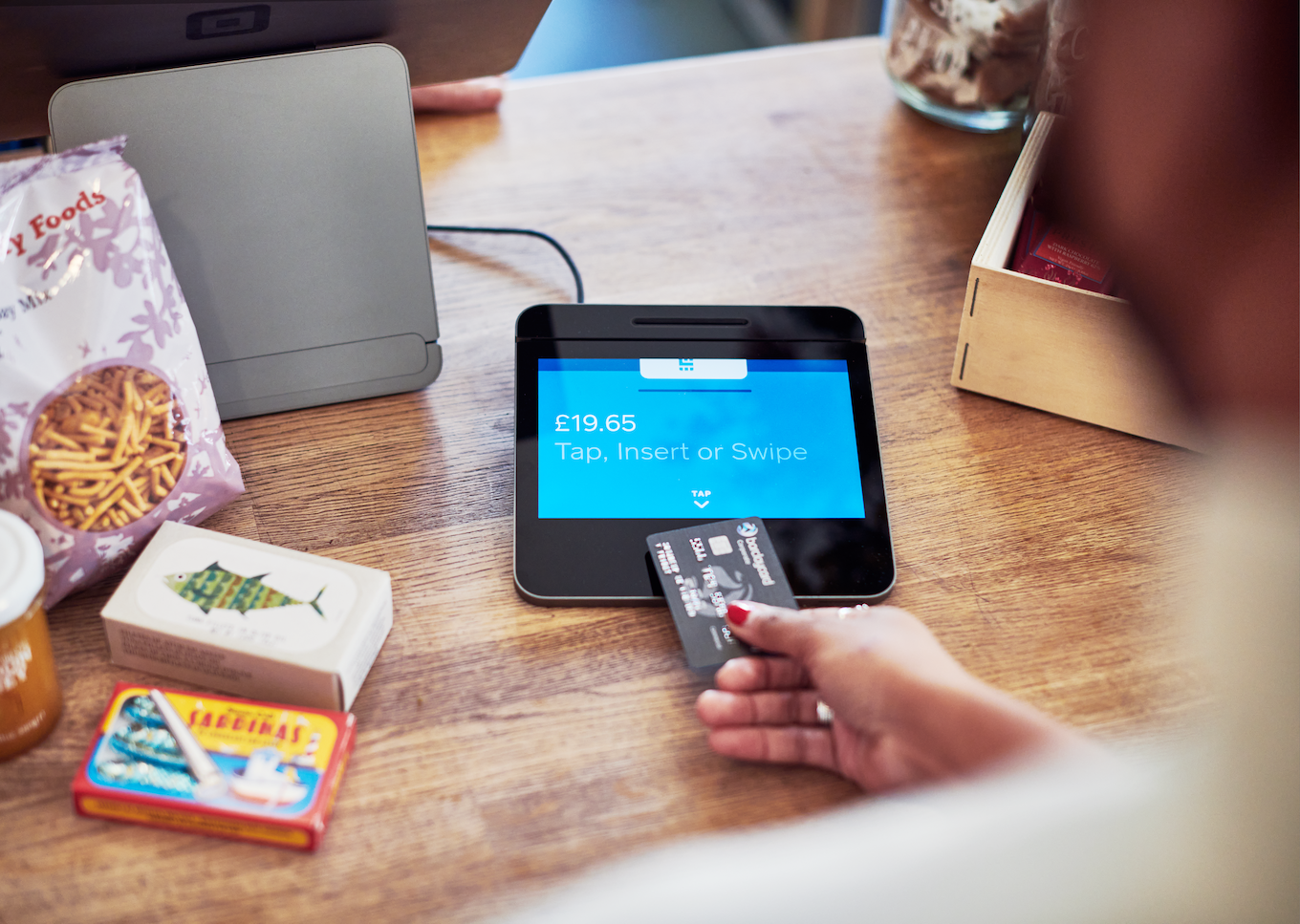 Tell us about the community aspect of the Deli Downstairs and how the local community supported the business during lockdown.

The vast majority of our customers live within a couple of hundred yards of the deli - it’s very very local - and when everything else shut it was one of the only things that stayed open throughout. Whereas before, we might have been part of their routine to stop in for a daily coffee on their way to work, but now they’re at home all day they’re coming in more often, it changed the way people shop. In a way, it’s been one constant for people whilst everything else has changed. From very early on we got feedback from customers that when they came into the deli they felt very relaxed, it was a bit of normality where they could come in and see some familiar faces, get a coffee, get their produce and go home in a nice relaxed way.

Is there a business lesson you feel like you’ve learned from the way you’ve had to adapt?

The most important thing about this environment is how crucial it is for me to be here in the shop, not only to serve customer which I love doing, but now that we’re at this level of business, the amount of stock orders that I need to be doing is a full-time job, and it’s not something I can do remotely. I need to be here to do it. I need to see people and understand what they’re buying, to see their reaction. That is something that I don’t think I’ll ever walk away from. And I think it’s why I was able to be so reactive so quickly. The bigger shops have such a long supply chain, whereas I can just pick up a product and have it tomorrow. Being able to be that nimble, small independent businesses can be much more reactive.

Having a deli is a lifestyle choice. It’s really hard work but it’s a lot of fun. You’ve got to enjoy being in the shop - it’s about being here and enjoying it and enjoying the new products and being reactive to the seasons, to new products and new suppliers - that’s the bit I really enjoy, and if you don’t enjoy that then I don’t think there’s much point in doing it.