Sparky first came to work on the Falkland Islands in 1985, originally for one year, on a military support contract. That one year turned into five and then after some time spent back in the UK, Sparky could not resist the call of this beautifully rugged place. Having been born in the Shetland Islands and grown up there as a young boy, perhaps it was always in Sparky’s blood to stay part of an island community. It was also Sparky’s childhood experience of flying between the Shetland Islands and Scotland, that ignited his interest and lifelong passion in aviation. 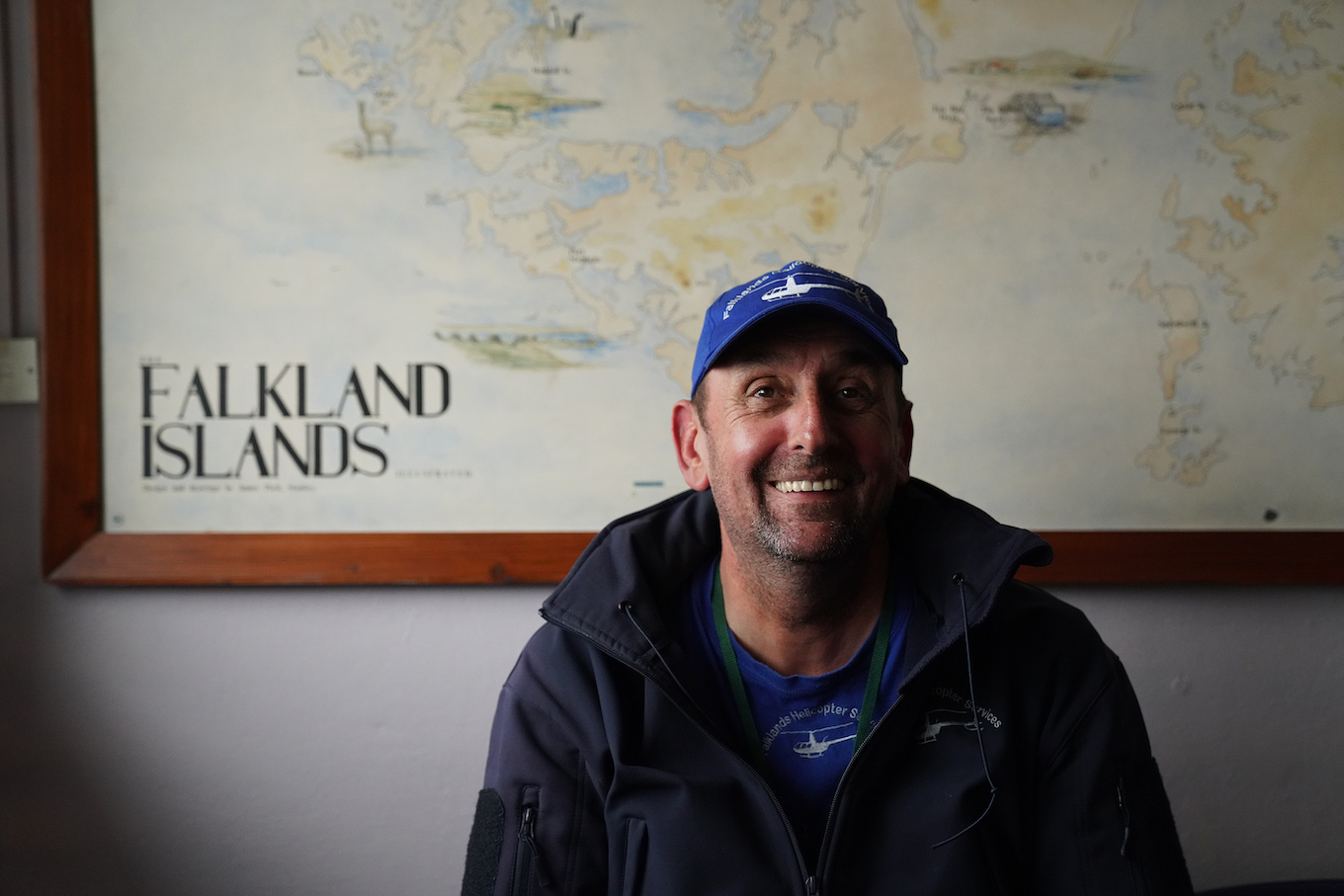 Bringing a business idea to life

An Islander at heart, he fell in love with the Falklands, met his partner (an eight generation Falkland Islander), and decided to stay forever. Since then, Sparky has added to the Falkland Islands community with his business, Falklands Helicopter Services. The couple, who moved to the Island’s capital Stanley with three chickens and their demanding cat Daisy, run the company with business partners Jane and Tom, who are also married.

With Sparky’s background in helicopters, creating an aviation company was always the plan, with the business idea starting as a chat over a few beers with one of the business partners back in 2006. In August 2017, Falklands Helicopter Services was founded. In 2018, they purchased a new Robinson R44, a three-passenger helicopter and began commercial operations in March 2019. As the only commercial aircraft company on the Falkland Islands, Sparky’s company is in a unique position to offer aerial tours of the incredible island landscape to tourists. Falklands Helicopter Services have now been operational for one season. In that time, they’ve run tours, hosted birthday parties, taken trips whale-spotting and even flown a couple to an uninhabited island for their wedding photos.

“It’s pretty much as you make it so it’s whatever anybody wants to do. We’ll give it some consideration and crack on and do it!”

After cruise ships started to come to the Falklands, the tourism industry has grown every year. This increase means that 60% of the Falklands Helicopter Services business comes from tourism. For Sparky’s guests, the unique location of the islands offers an abundance of wildlife to discover, from Rockhopper penguin colonies to pods of majestic whales just offshore. Hovering high over the Islands rocky outcrops makes flying as much of an experience too, with stunning sunset views as the day fades away behind the mountains in the West. It is the fact that Sparky’s visitors can get so close to nature, so quickly, when compared to driving, that makes what he offers so special. 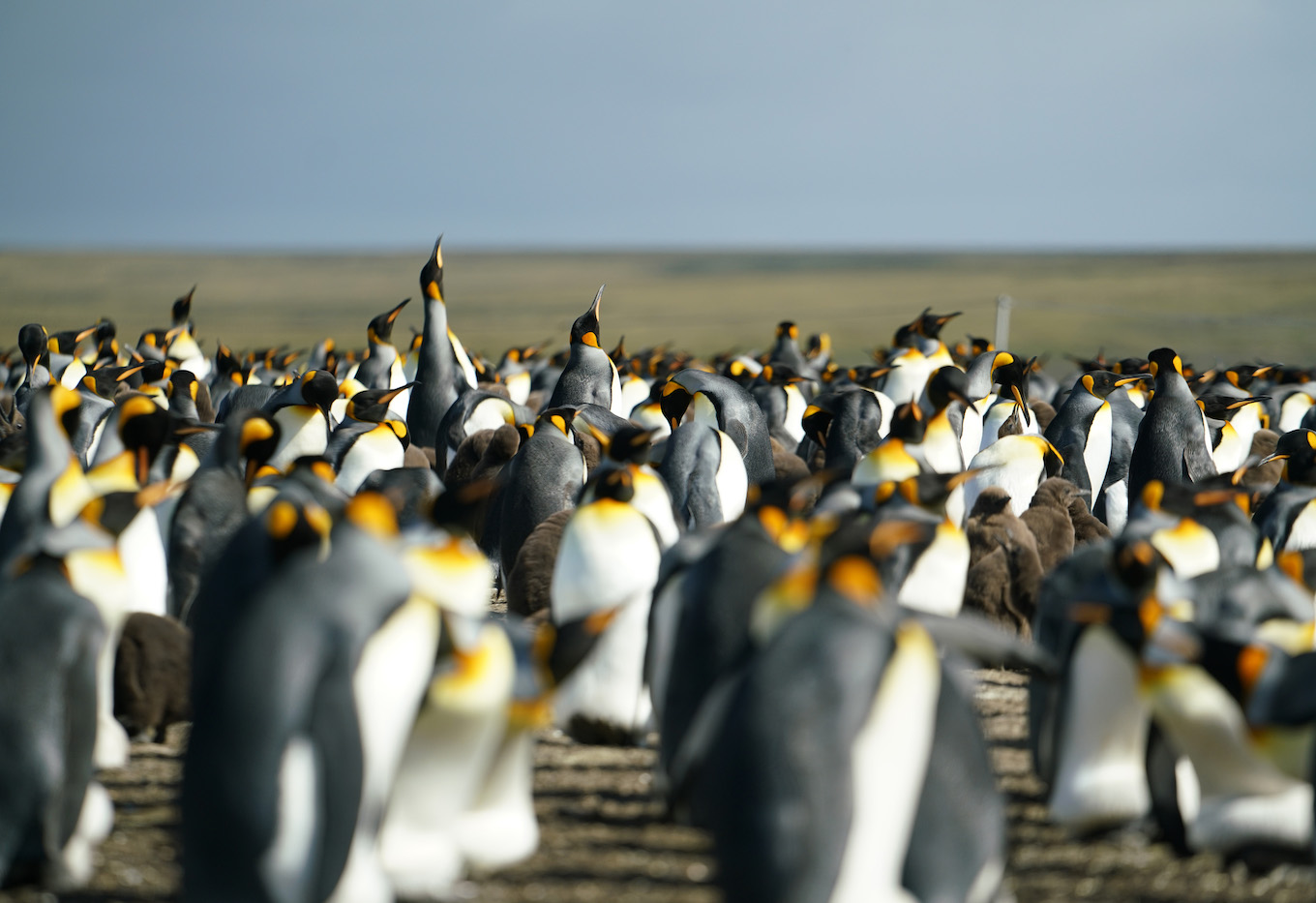 How Falklands Helicopter Services is flying

For Sparky and the team at Falklands Helicopters Services, the initiative with Square has made it a lot easier for people to book and pay either over the phone, online, or in person so that customers aren’t limited by how much cash they have on the day they visit.
This has made things simpler and quicker for both the business and it’s customers. Before, Sparky’s business would have had to accept cash payments on the day, they can now do so by card, as a chip and PIN, contactless or even Apple Pay or Google Pay transaction. Using products such as the Square Point of Sale software to easily accept international cards on site has made running this aspect of the day to day business so much easier. It has also made things more flexible, with Sparky being able to take payments at the quay side as tourists arrive or at the airfield before they board, wherever is easiest.

But perhaps one of the biggest benefits that Square software has given Falklands Helicopter Services is the security of being able to take booking deposits online, in advance. Through Square Invoices and Virtual Terminal, customers can book, pay and simply turn up on the day to be airborne in minutes. All of this means that Sparky and his crew can concentrate on doing what they love best, flying across the Falkland Islands, taking tourists with them to explore. 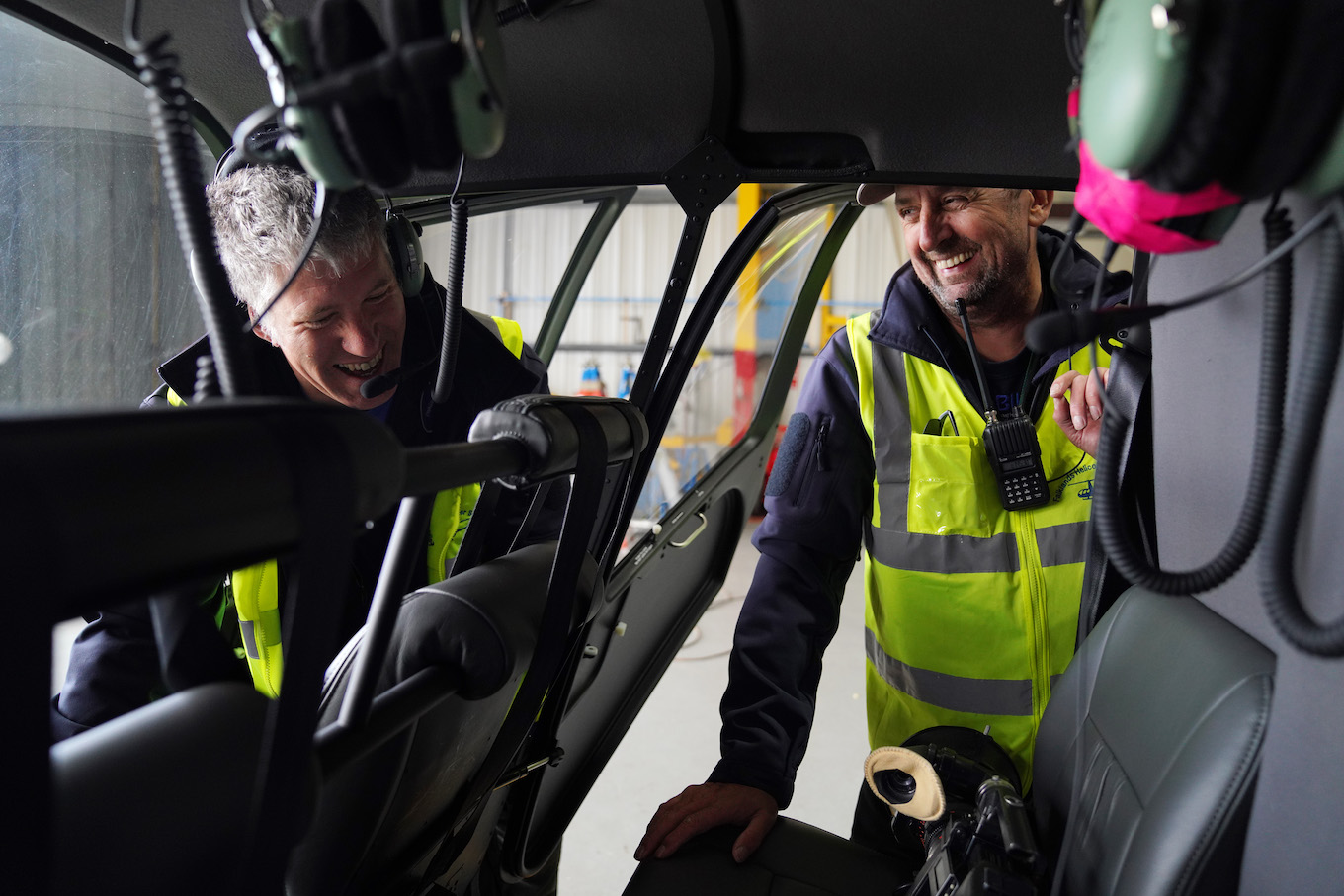 The success of Falklands Helicopter Services, helped by Square, has allowed them to plan the future of the business, from giving flying lessons to expanding what’s already in place by purchasing a second helicopter for more tours. For Sparky this never seemed possible back when the business was nothing more than the half-formed idea of being your own boss, one being discussed over drinks. But as Sparky says, life is what you make it and he has made his by drawing on all of the components that make the Falkland Islands such a unique place. Embodying the Island’s sense of shared community, Sparky and partners came together with an appreciation and passion for the Islands landscape and wildlife and have made something that had once been a dream, a reality.