If there’s something strange in your neighbourhood, The Ontario Ghostbusters have you covered. 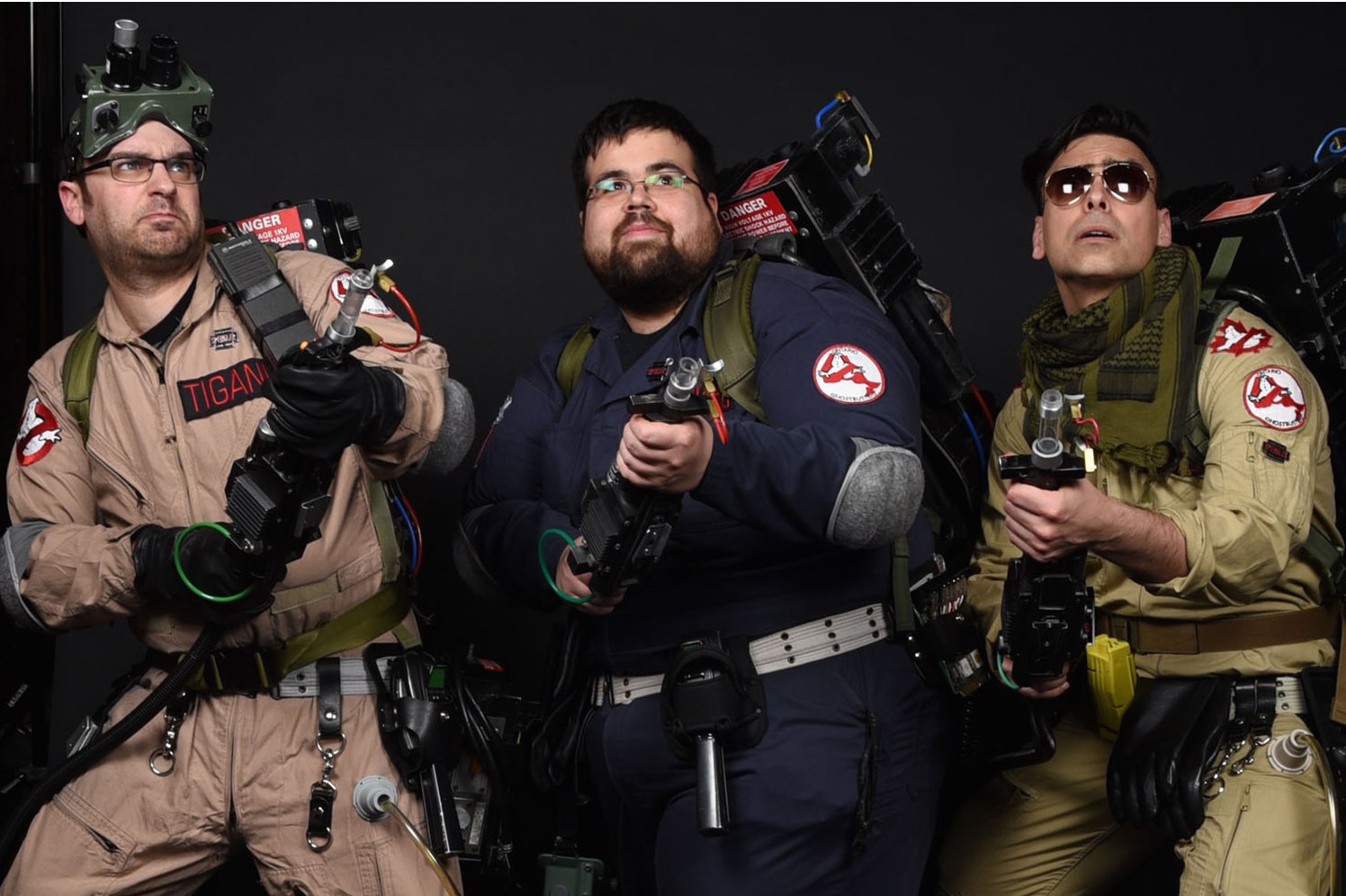 Made up of 12 members, the group formed in 2010 after meeting online to discuss their shared love of the classic 1984 comedy starring Bill Murray, Dan Ackroyd and Rick Moranis. “Originally it was a bunch of Ghostbusters fans who found each other while trying to find props,” says co-president Adriana Munoz. “They realized they were all in the same province, decided to meet and it started from there.”

Adriana’s involvement followed a similar trajectory. She had been a fan of the Ghostbusters characters since childhood, but she wasn’t allowed to watch the films due to her Portuguese and Colombian parents’ superstitions about death. The Real Ghostbusters, a spinoff cartoon, eventually provided a gateway, and she was finally allowed to see the movies. Eventually the interest bled into her everyday life. “My mom never worried about me after school because if I wasn’t home I was in the basement of the Ottawa Library, where all the ghost books were kept.”

Adriana and her “second family” don’t actually fight ghosts. Instead, the Ontario Ghostbusters channel their fandom to help others. Donning their costumes, members of the group share their love of the original movie and raise funds for chosen Ontario charities by selling merchandise and raffle tickets at fan conventions and community events, occasionally appearing at kids’ birthday parties as well. 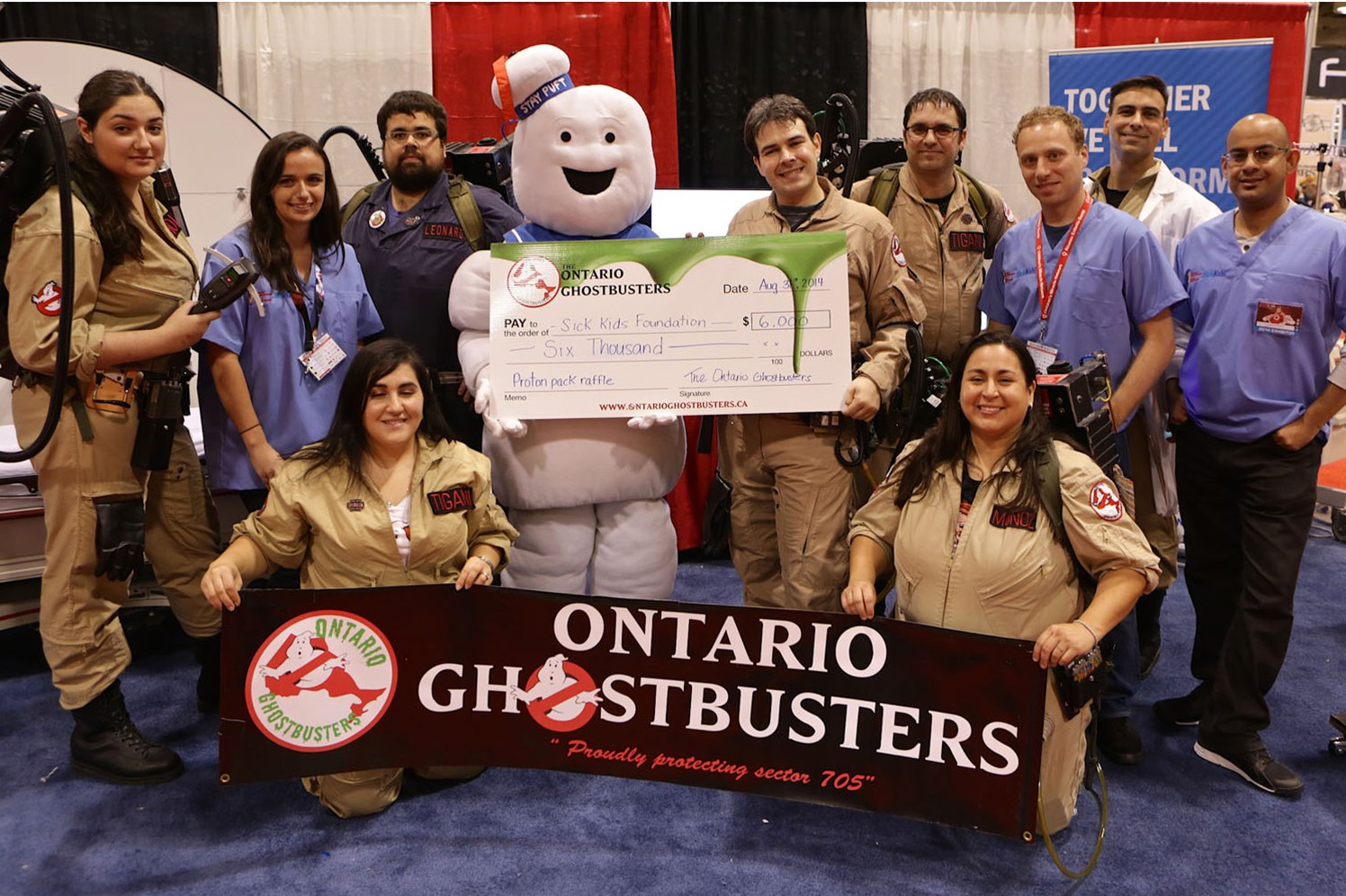 Originally, the Ontario Ghostbusters would only take cash donations, but they found that many convention-goers had nothing but empty pockets after a day at the show. “We saw Square being used at one of the conventions, and we saw the advantage of having it at our table,” says Adriana. “It has been great, and customers get excited when we tell them they can pay by credit card.”

The group has noticed a surge in excitement these days thanks to the upcoming release of the all-female Ghostbusters reboot. Now, more and more people are asking to join their team, and nostalgia for the original film has brought increased demand for their props, which the group mostly makes by hand. At events, they’ve been known to don Proton Packs and bring slime. The Stay Puft Marshmallow Man sometimes makes an appearance. At other times, they bring edible treats. Twinkies are always a success, especially for fans who remember Egon using a Twinkie to explain psychokinetic energy to the rest of the Ghostbusters in the original movie. 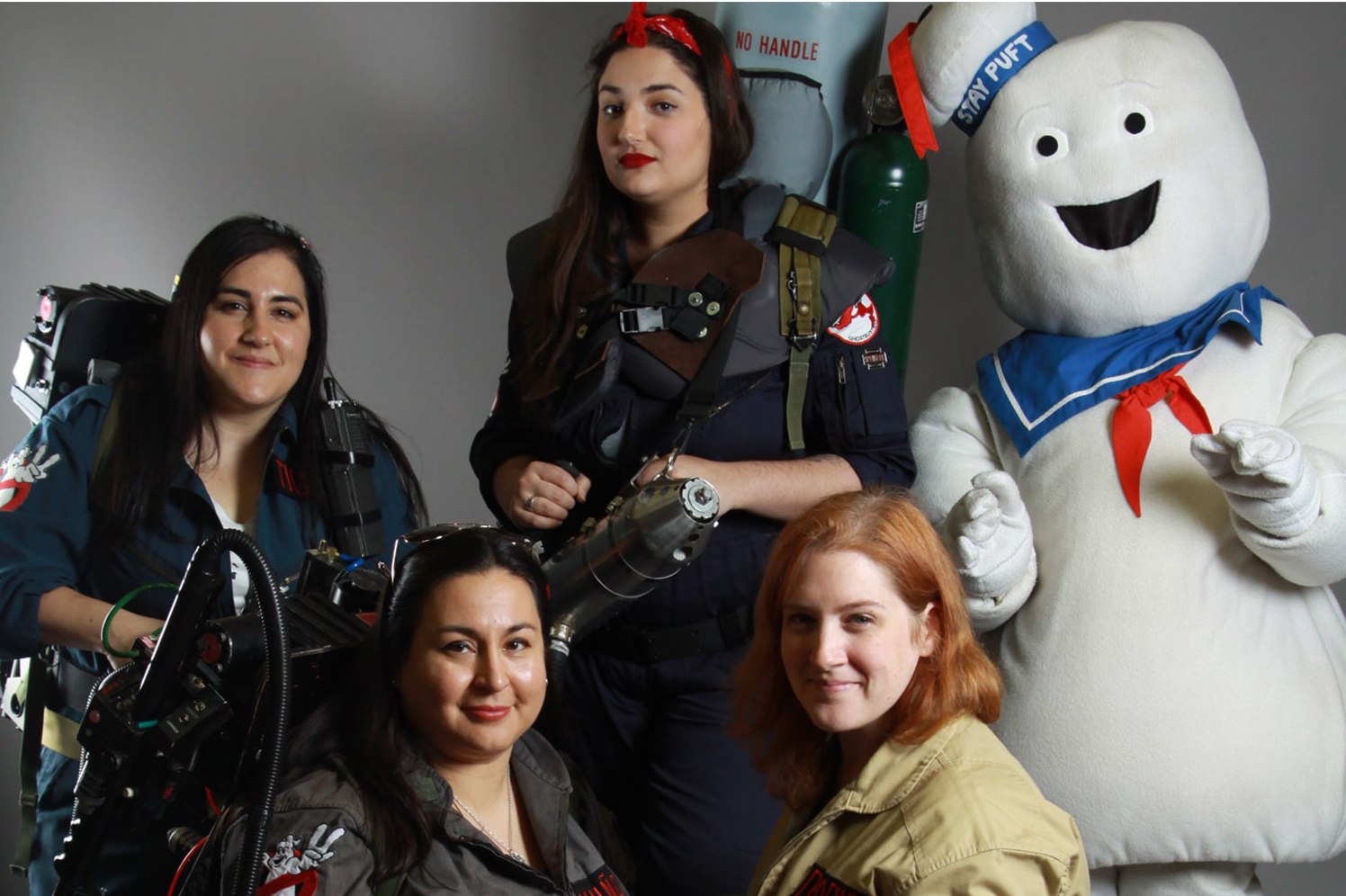 Sony Pictures, producer of the franchise reboot, supports the group’s love of all things Ghostbusters. “Sony has been really good,” notes Adriana. The film studio donated posters of the new movie for the group to sell at charity raffles, and she adds, “we are on the waiting list for the LA premiere of the new film.” Let’s hope the numbers of spectral disturbances in Ontario remain low that night.