What’s a birthday party without cake? Or in our case, without butter tarts? Canada’s 150th birthday is upon us and we’re celebrating our nation’s favourite foods — from those flaky pastries to piles of poutine — based on data from Square sellers.

Some foods are quintessentially Canada, but not everyone agrees on which one is the best. Maclean’s found that millennials and Gen Xers prefer poutine — the ultimate post-party food — while baby boomers and civics (born before 1945) are all about maple syrup.

This Canada Day the whole country will be coming together to celebrate with some sweet and savoury treats. Across the country there will be many exciting food-themed events to enjoy — from YVR Food Fest in Vancouver (June 27 to July 3) to pancake breakfasts in Saskatoon and food trucks galore in Toronto.

Here are some of our favourite Canadian foods. Happy Birthday, Canada!

Origin: The first published recipe for butter tarts appeared in the 1900 Women’s Auxiliary of the Royal Victoria Hospital Cookbook.
Fun fact: Kawathas Nurthumberland is home to the biggest self-guided butter tart tour in Canada.
Top city for sales: London, ON 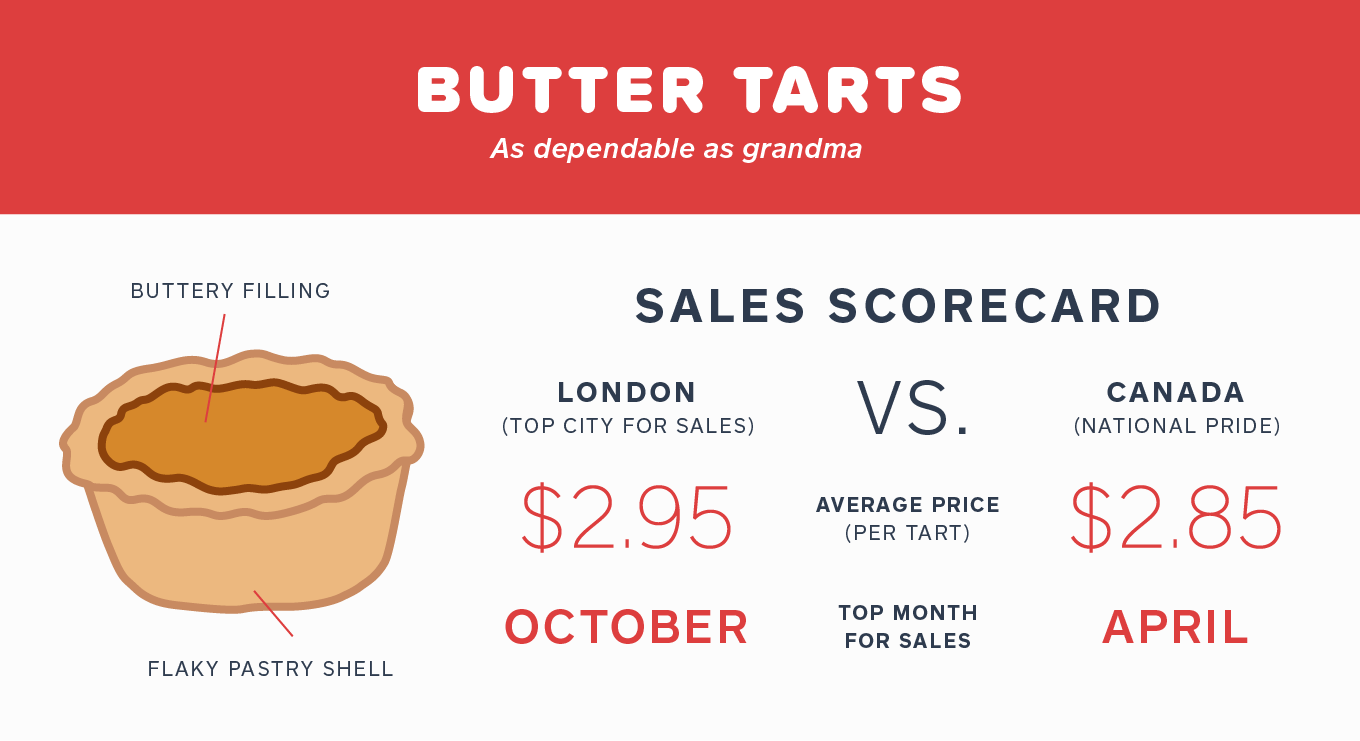 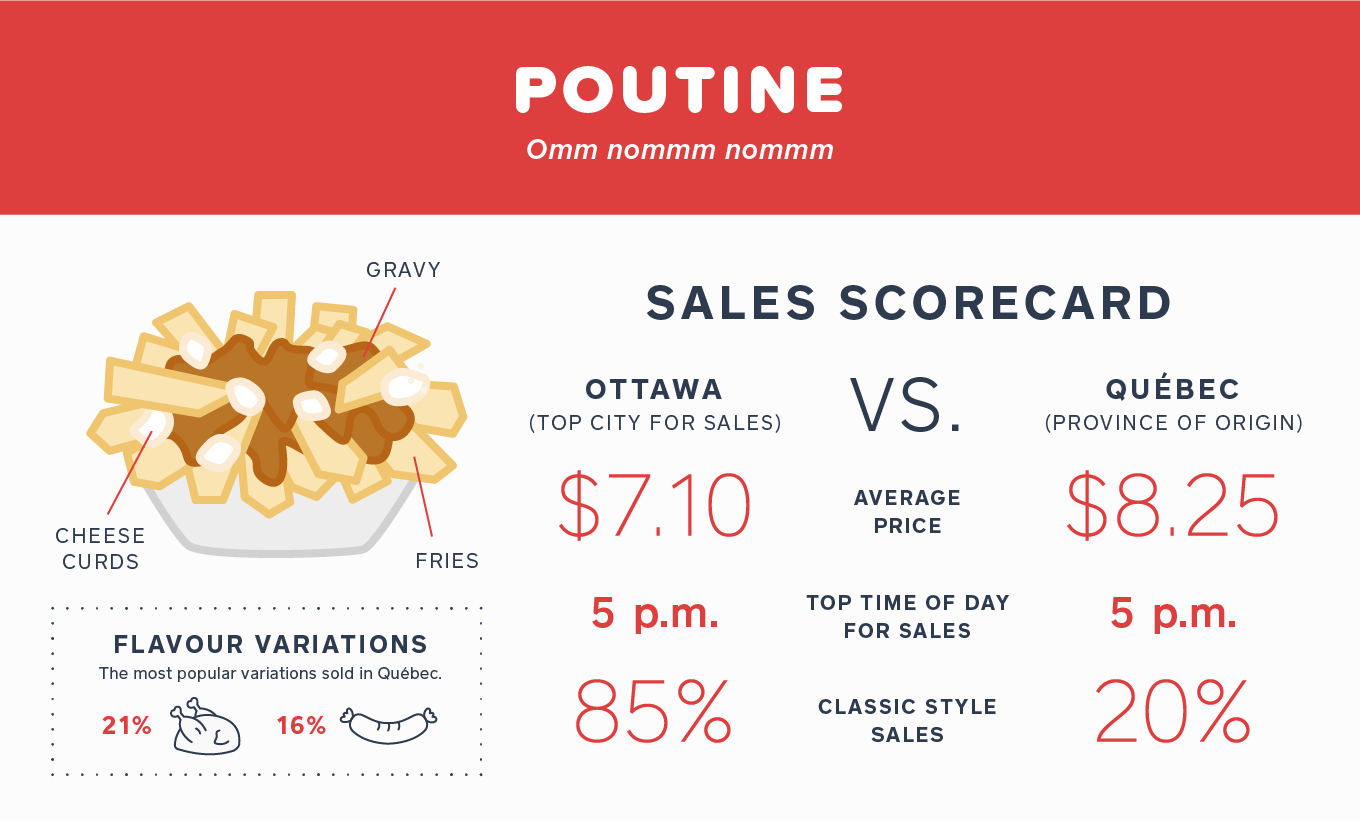 Origin: The recipe for Nanaimo bars first appeared in the 1952 Women’s Auxiliary of the Nanaimo Hospital Cookbook.
Fun fact: Named after the misty city of Nanaimo, British Columbia, on Vancouver Island.
Top city for sales: London, ON 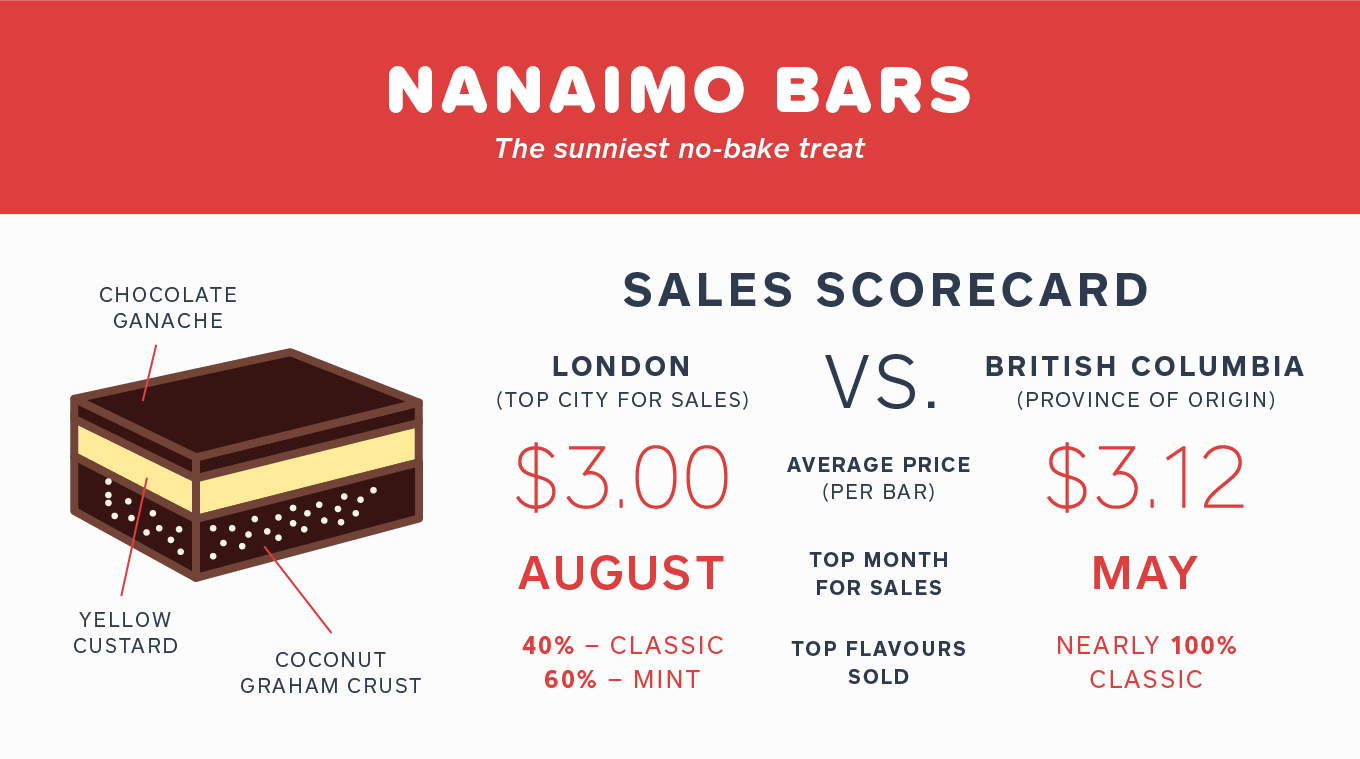 Origin: Indigenous people produced maple syrup long before the arrival of European settlers.
Fun fact: Quebec produces over 90 percent of Canada’s maple syrup, and around 80 percent of the world’s supply comes from Canada.
Top city for sales: Toronto, ON 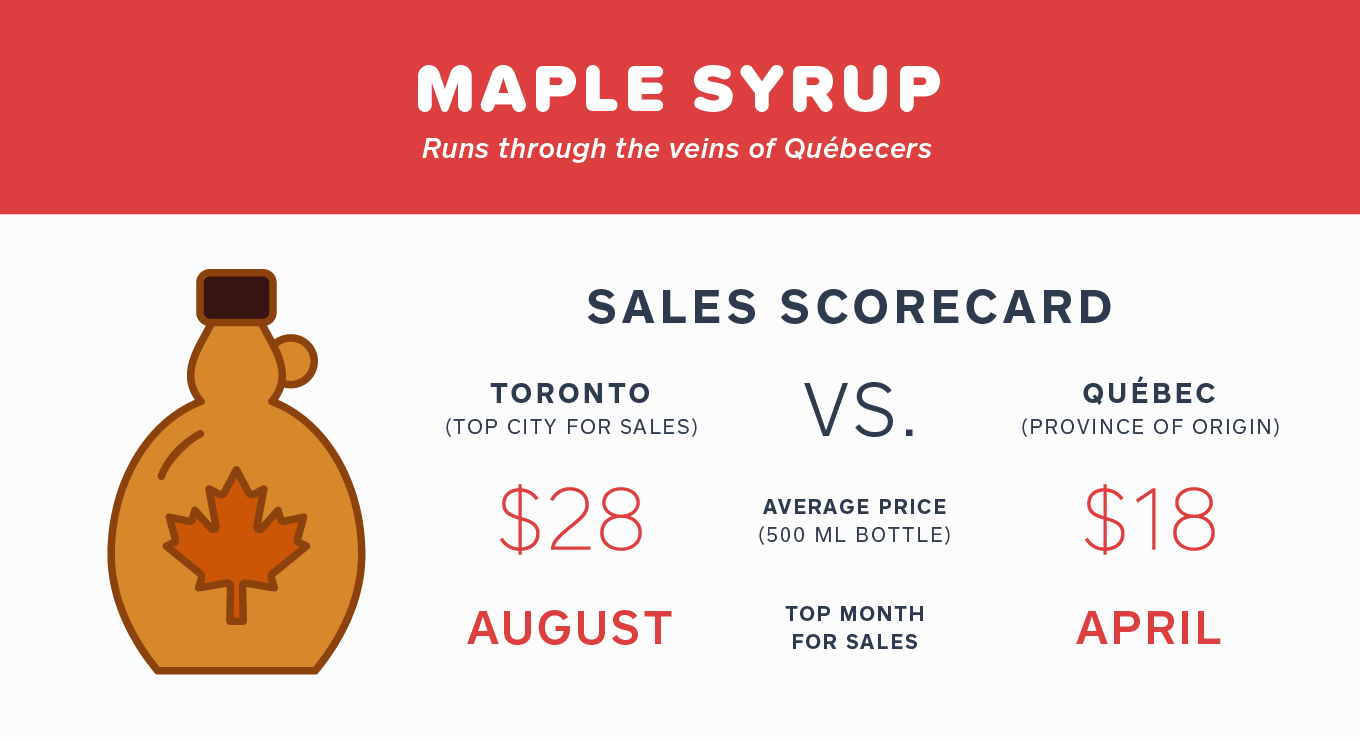