Having served London locals for over 29 years, owner Ian maintains this hard-working local bakery as one of the last in West London to bake everything on-site. With seven years of experience in the kitchens of the world-class Dorchester hotel, Ian joined Plum Duff in 1989, bringing this same quality to the humble loaves he sells to his loyal customers. Taking on the business as owner in 2004, he is committed to making everything fresh, and is up every day at 6am baking away. 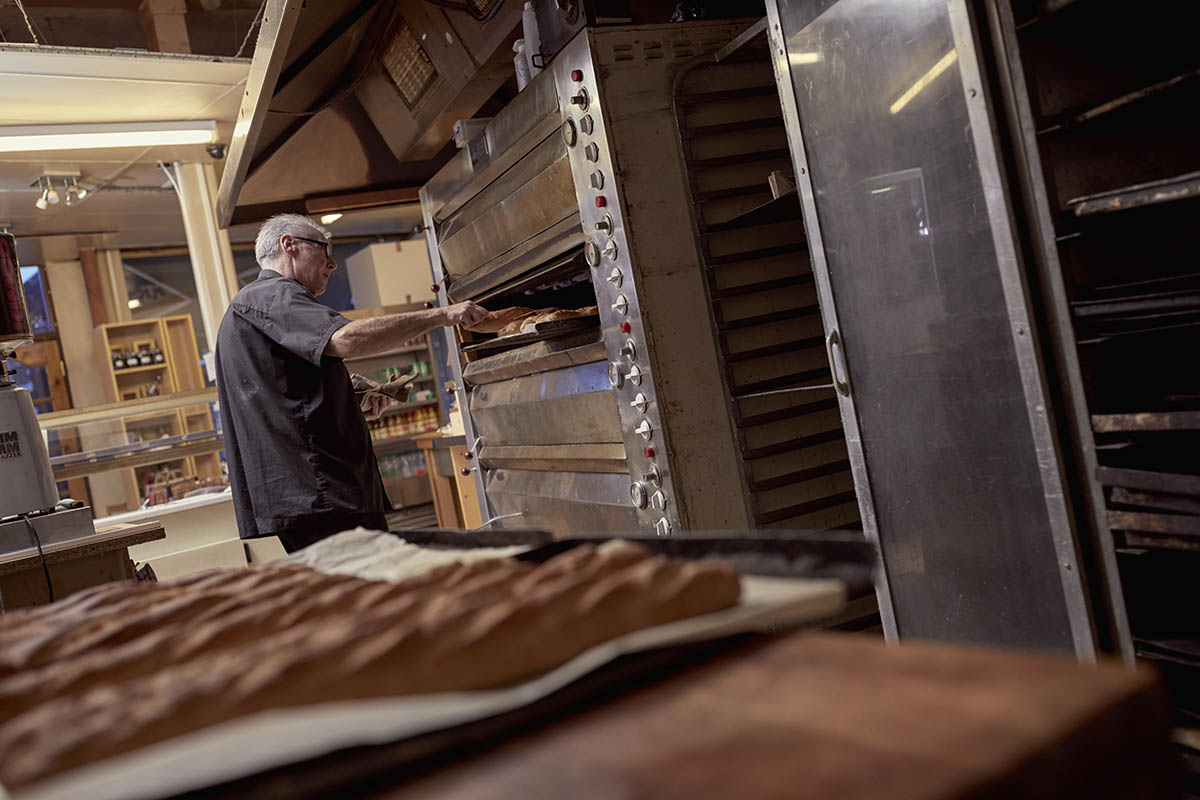 With a range of products on offer including cakes, continental pastries, hot pies, breads, baps and sandwiches, the bakery offers everything customers could want, including freshly ground coffee sourced from a local coffee merchant. Plum Duff’s vision is one of yesteryear, where quality products weren’t a luxury but a regular purchase, when all customers had to do was pay a visit to their local baker.

The products this local bakery turns out are about more than great flavour – quality is key, and local ingredients play a vital role in all the delicious baked creations Ian comes up with. Using only the best, freshest ingredients bought from local traders, Plum Duff stocks its kitchen with many products sourced within a mile radius of the business.

A business that locals can turn to for anything from the daily loaf of bread to the wedding cake of their dreams, and catering for the after party, Plum Duff has forged meaningful ties with its local community and council. It’s about more than bread for Ian. With a business that has enjoyed a loyal, local following, he also makes sure to give back, and close connections with local schools mean he has done everything from baking tasty treats for summer fetes to serving as Santa for the past 15 years!

With such close involvement with the young people of his local area, a huge aspect of the business comes in the form of their greener working process. Wanting to protect the environment for future generations, the bakery uses low-energy lighting and diesel vehicles, and recycles as much of its materials as possible, including their old vegetable oil.

Plum Duff has been a cash-only business since it opened its doors 45 years ago. Owner Ian finally took the leap and bought a Square Reader for the business in January this year:

“After serving customers for so long, I was a bit wary about taking cards but soon realised that Plum Duff needed to join the 21st Century.

The difference being able to accept cards has made has been amazing. At Christmas, we created some vintage hampers but missed out on a lot of sales because people could only pay for them in cash. People simply don’t carry more than £10 on them these days. After signing up to Square in January, during Mother’s Day we attempted the same thing. This time we sold 18 hampers compared with the three we managed at Christmas – 80% of those were paid for with cards.

Whilst our traditional recipes remain the same and have stood the test of time, our business and ability to make life easier for our customers is changing with Square.”