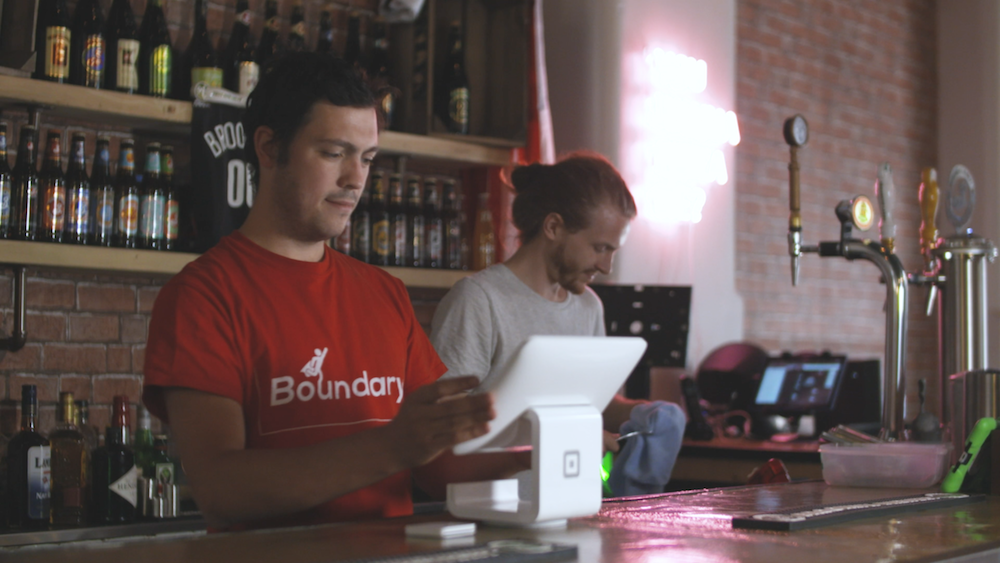 You can feel the passion and authenticity at the core of Northampton’s Brooklyn Pizza as soon as you walk through its doors. Owners Ryan Wakeman and Anthony Rawson have captured the essence of true New York pizza and packaged it for a British audience, even visiting the city to test dozens of traditional pizzerias, attend pizza schools and tour local breweries for inspiration. The duo realised the importance of quality ingredients and community spirit during their trip, and as a result have managed to create a restaurant that doesn’t feel unlike a village pub: friendly, familiar service, a relaxed atmosphere, good beer, great food and sports screened live on TV.

Launched in June 2017, Brooklyn Pizza is one of many fresh, independently-owned businesses popping up across the town and local area. It was a hit from the get-go, growing so quickly in its first year that two additional branches were opened in Rugby and Wellingborough.

Great news, except that the restaurant’s payment system was hindering speed of service, frustrating staff and losing the company money. Its iPad point-of-sale in particular was causing numerous headaches — it was slow, unreliable and it complicated the process of cutting and changing menu items. The setup wasn’t working for anyone.

The company discovered Square at the end of last summer as an alternative to their existing provider. To put Square’s free Point of Sale app through its paces, they did a trial handover from the old system where both were run simultaneously. In no time, staff were naturally gravitating towards Square’s system.

Square now helps the team take payments however customer want to pay, even beyond the counter. Ryan explains: “We have an iPad hooked up to Square Stand at the bar, which we use as the central point-of-sale for quick takeaway transactions and things like that. It’s a great focal point when we’re serving customers from a fixed location.

“We also have iPads and Square Readers which we use to take orders and payments at the tables. You never get any issues with order items being forgotten. It’s nice and easy and we can change items on the till in front of customers.”

And customers have responded well, as Ryan explains, “It’s magical. When you’re going round taking payments, people often seem surprised when you show them the reader and how seamless it is.”

This seamlessness has played a crucial role in keeping all of Brooklyn Pizza’s systems running as they should. With Square, orders are taken out on the floor or at the counter, and sent automatically to the kitchen and bar where order tickets are printed. Delivery drivers can even be re-routed to deal with demand at the click of a button.

Ryan has also been using Square Analytics to understand the restaurant’s performance, “It’s great because we can see exactly what’s sold, in real time, on-the-go from a mobile phone. It’s amazing how much live data I can get while I’m on the move. I can sit down at my laptop at home and dive into key elements to understand what products are selling well and what things we can promote more on social media.”

Brooklyn Pizza looks set for long term success. And staff know that no matter how busy it gets on a buzzing Saturday night, Square can be relied upon to keep payments running like clockwork.