When Kristin Poch inherited 15,000 records from her father, she decided to take the beat to the street and acquired a 1990 Ford Econoline that she converted into the Beatnik Bus. Calgary’s very first mobile record store holds around 600 vinyl records at a time, and Kristin can be found selling music all across the city. 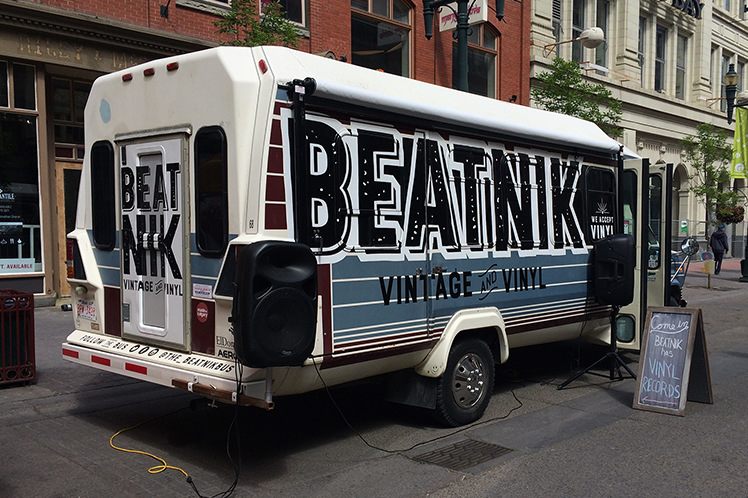 “My father had collected the records to open up a shop, and it came to the point where we were going to sell them all to a collector,” recalls Kristin. But, she adds, “I was unhappy at my job, so I decided to quit and open up the Beatnik Bus.”

Kristin first took the Beatnik Bus on the road in 2015 after seeing the success of food trucks in Canada and other retail trucks in Asia and New York. Throughout the summer, Kristin parks the bus on the streets of Calgary about five days a week. She also attends festivals and community events around Calgary, sometimes venturing into British Columbia as well.

“It’s nice to eliminate the overhead cost of rent,” she says. “It’s good that we can pop up street-side and activate different locations in the city, especially in areas that weren’t previously activated for retail. We’re amping up street culture and providing something unique to the community.”

Along with a fashion truck and an artisan food van, Kristin’s bus is one of the pioneer retail vehicles in Calgary. It was originally limited to festivals and events, but thanks to her negotiations with the city of Calgary and its bylaw officers, this year the the bus was granted a parking permit to sell throughout the city, making the business more sustainable. 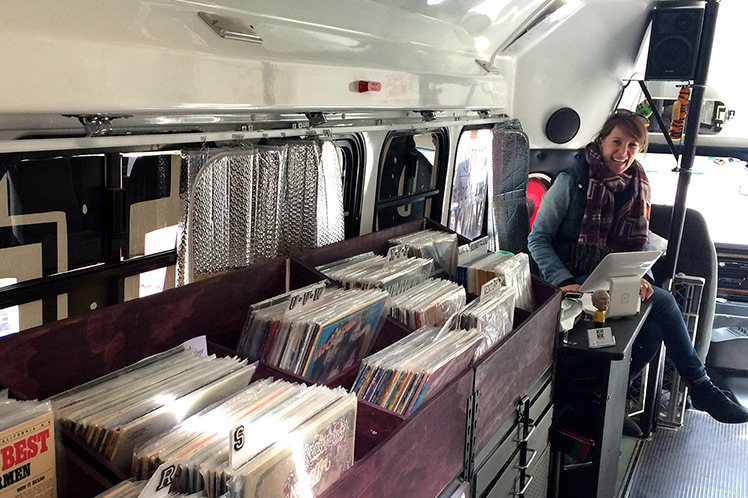 The mobile nature of the shop presents its own challenges, and Kristin turned to Square to help make the business side of things run seamlessly. “The number one thing I love about Square is that it’s completely mobile and, for a mobile business, it’s a perfect fit,” says Kristin. “The set-up cost being zero dollars is also huge for me,” she adds.

Kristin uses inventory management to keep track of the vinyl records she has on hand and how they’re priced. “It all hooks up to QuickBooks, which is great,” she says. “It is super-easy and everything seems to be streamlined.”