Chickpeas, the humble base for hummus, falafel and other beloved Mediterranean dishes, have long been a favourite food for vegetarians. Now, they’ve also become synonymous with in-demand, healthy fast food for Vancouver food truck fans. With Chickpea, Rotem Tal and Itamar Shani have created a menu made up of salads, platters and pita breads that even the most hardened carnivores can enjoy. And it’s all prepared with love and served with a mission to make a difference. 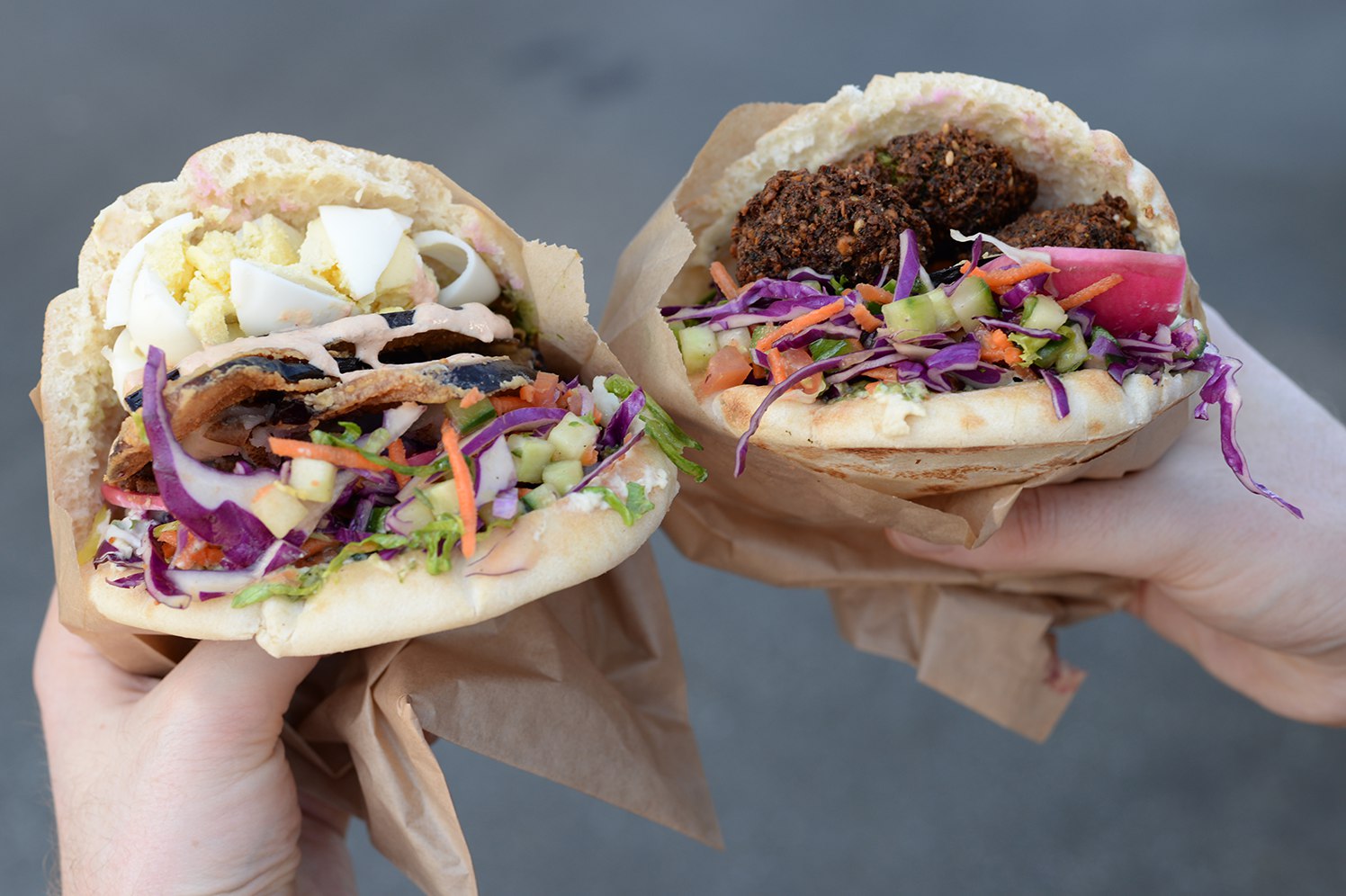 Rotem and Itamar are both from Israel, but they met by chance in Vancouver and bonded over their shared love of the fresh, spicy food of their homeland. Rotem had been drawn to the mountains and laid-back vibe of Vancouver after many years traveling the world in search of new culinary experiences. Itamar, a self-taught chef, moved to Vancouver at the age of 24 with his wife, Jordana, in pursuit of a healthy West Coast lifestyle.

Both men had been trying to satisfy their cravings for authentic falafel and hummus by making them at home and sharing their creations with family and friends. Both had been harboring dreams of opening a vegetarian Israeli eating establishment in Vancouver. Once they met and recognized that they were kindred spirits, their dreams became reality in just a few short years. They launched the Chickpea food truck in March 2016, and they’ve already found themselves with long lines and a devoted following. 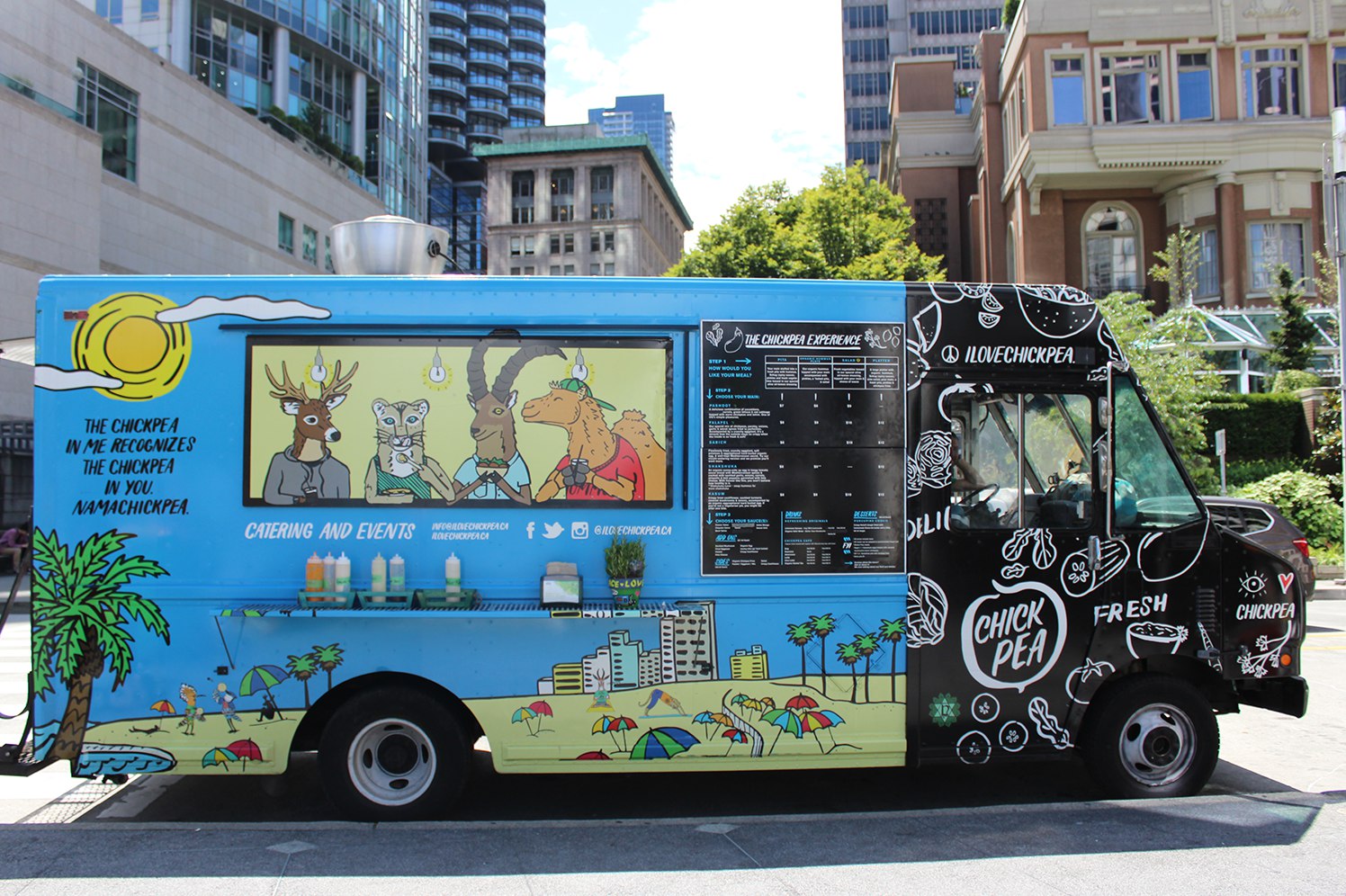 In addition to a “build your own” system of salads, pitas, hummus bowls and platters that can feature falafel, shakshuka (egg in tangy tomato sauce) or kasum (a tangy, salty combo of deep-fried cauliflower and sauteed turmeric mushrooms and onions), the truck also serves up kefir water. The fermented drink is full of protein, vitamins and probiotics that they claim helps everything from indigestion to skin conditions and hangovers. And that’s just in the tangible aspects. Everything Chickpea serves also comes with a side of soul. Rotem and Itamar intentionally imbue their food with a strong desire to leave the world a little happier and healthier than it was before.

The business partners began using Square as an easy way to take payments while on a food truck. “Square came into the mix very early on, as we were looking for the cheapest and most reliable system to work with,” says Rotem. “We did a lot of research about point-of-sale systems and card readers, and Square was simply the best.”

Rotem and Itamar also use data from Square to plan promotions and menu items. “What we like about Square,” reflects Rotem, “is that it allows us to monitor all of our sales, and we are able to see in real time what we need to sell more of, stop selling or rebrand. It’s amazing how easy it is to keep an eye on our food by watching the sales we make.” 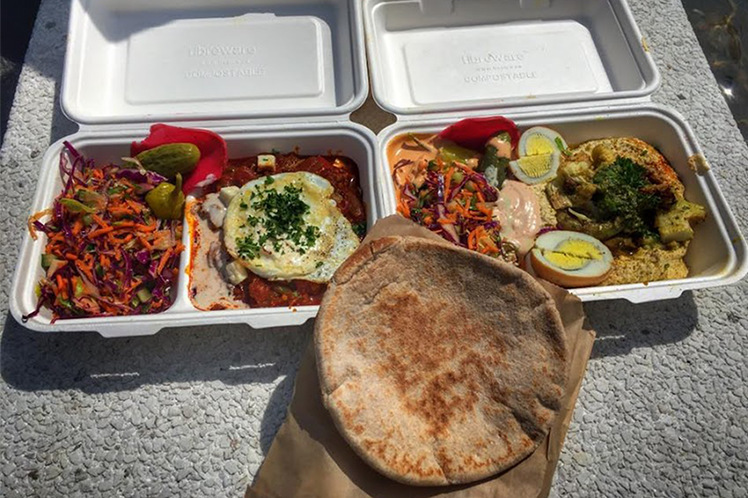 Chickpea’s next phase is to expand the operation, although Rotem and Itamar haven’t decided whether that means another food truck or a brick-and-mortar restaurant. “We are currently enjoying the present moment while planning for the future,” says Rotem. “Our biggest challenge is to be able to meet the demand, which is a great thing because it means that people like our food and vibe!”

The Chickpea food truck can usually be found “spreading the chickpeace” on West Cordova Street in Vancouver, but you can also check the Street Food App website or visit the Chickpea website for its exact location.