There are two types of people in the world: people who do their taxes early and people who wait until the very last minute.

With Tax Day looming, we checked up on when, and where, taxes are being submitted. Here’s what we found:

We see people file during two distinct weeks at the beginning of the year: the third week in February and the second week in April. This captures two distinct groups: the early birds, who like to get their taxes done ahead of time, and the procrastinators, who file just before the deadline.

And when it comes to taxes, it turns out some states are more — ahem — proactive than others.

The states that see an early sales peak in tax preparation in February.

The states whose sales in tax preparation jump just before or on the April deadline.

Whether you’re just finishing up your taxes for the year, or you’re already preparing for your 2019 return, we can help.

Square Payroll makes it easy and affordable to pay your employees or contractors (or both) online in just a few clicks. The tool automatically handles your tax filings by withholding state and federal taxes from employee wages and making payments to the IRS and state tax agencies on your behalf. (Think how much simpler tax season will be next year!)

Square Payroll also files new-hire reports and prepares, files, and mails W-2 and 1099 forms to your employees and contractors. Whether you pay employees or contractors, or your team works on salary, commissions, or hourly rates, we’ve got you (and your taxes) covered.

Square also connects with your favorite accounting and tax software, so you don’t have to manually transcribe any of your sales or employee data.

Data based on Square seller transactions across the U.S. from January 2018–April 2018 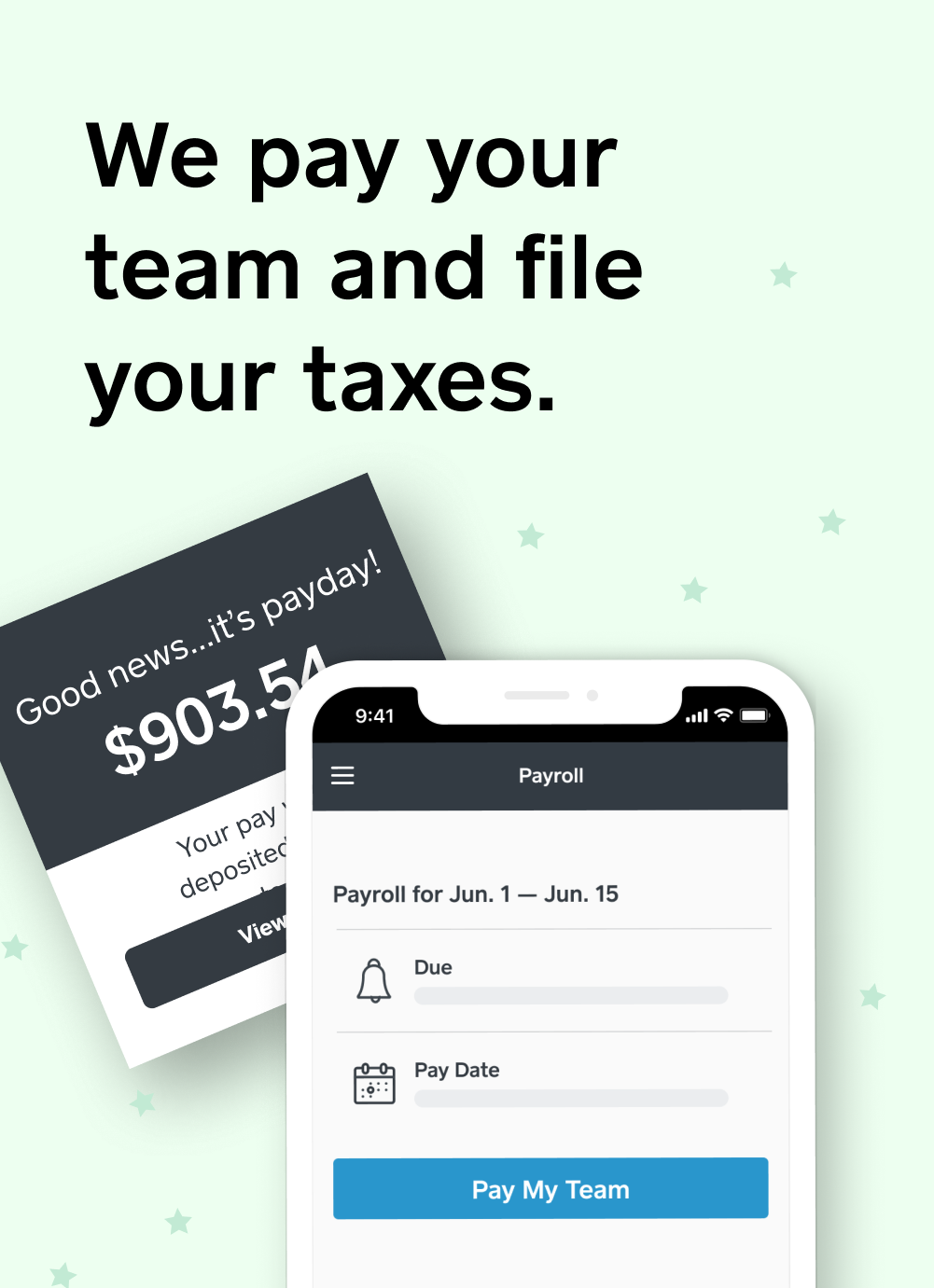