“We were really struck by the idea that we waste 40 percent of our food in the United States, and that children in our cities are going hungry,” Salt & Straw founder Kim Malek told Fast Company. “If we were able to use that food, we could wipe out hunger.”

A single restaurant can produce approximately 25,000 to 75,000 pounds of food waste in one year, according to an analysis by the Green Restaurant Association. Eighty-four percent of unused food in American restaurants ends up being disposed of, while 14.3 percent is recycled, and only 1.4 percent is donated. So that food “waste” consists of perfectly edible leftovers. 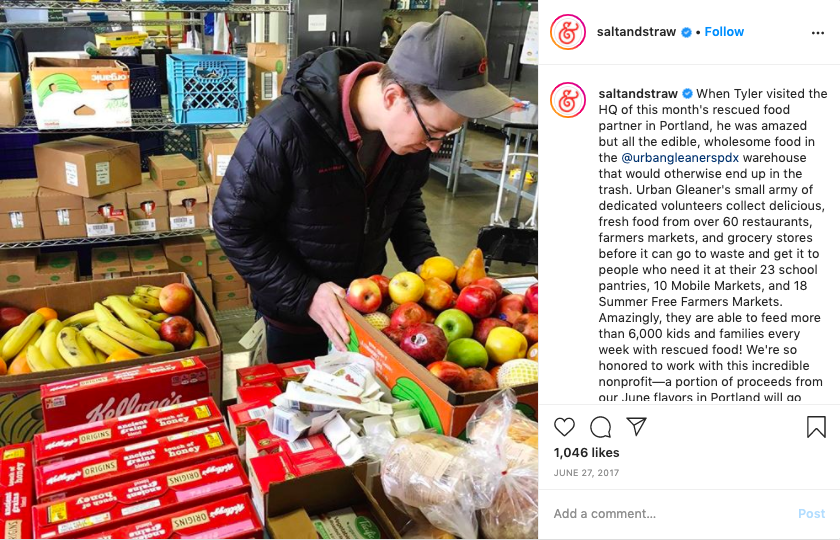 “This ice cream menu is our little soapbox to talk about this issue and start showing creative ways to combat this problem,” said cofounder Tyler Malek.

“We want to show that an apple might be kind of ugly, but that doesn’t mean it’s not perfectly tasty and should be thrown away. We could use it,” said Tyler. 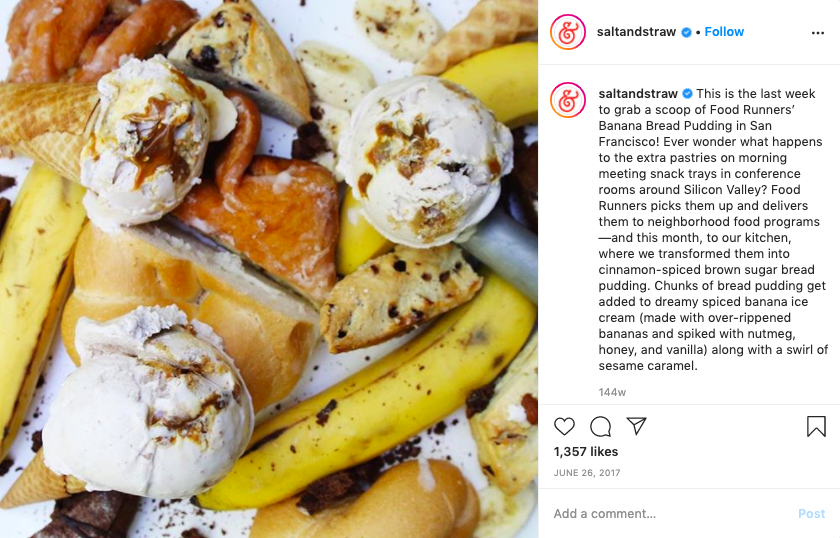 In Portland, Urban Gleaners supplied surplus loaves of bread from local bakeries to be transformed into a Toasted Baguette PB&J flavor, while rescued lemons, oranges, grapefruits, and limes created Salt-Cured Citrus Creamsicle in Los Angeles. In San Francisco, movie popcorn remaining at the end of the night at the Mission District’s historic Roxie Theater provided a base for Roxie Road flavor, complete with house caramel and a coffee-flour cookie crumble.

Salt & Straw isn’t the first business to draw attention to food waste. In 2015, Shake Shack’s culinary director, Mark Rosati, partnered with chef Dan Barber for a WastED pop-up to highlight food waste in NYC. Saucy by Nature, a Brooklyn-based restaurant, utilizes leftovers from the owner’s catering company to alleviate food waste. And a number of recent startups are drawing attention to the issue by connecting consumers and restaurants with available leftover produce and meals.

If you started a restaurant or own a business that produces food waste, you can donate leftover food or excess produce using a service like Food Runners. If you’re feeling extra creative, follow Salt & Straw’s example and collaborate with your local food rescue organization to create your own dishes from unused product. You can also donate financially to organizations combating hunger, like local food banks.

You can learn more about Salt & Straw’s efforts here.