The nationwide switch to chip cards is underway — by now, you’ve probably seen more than a few of your customers pay with a chip card. In fact, about 71 percent of the cards swiped on Square Stand or Reader now contain a chip, up from 3.5 percent in January 2014. That means nearly 3 out of every 4 credit card payments are now chip card transactions.

As a comparison, it generally took Canada, Australia, and Brazil three to five years for EMV to reach market saturation. 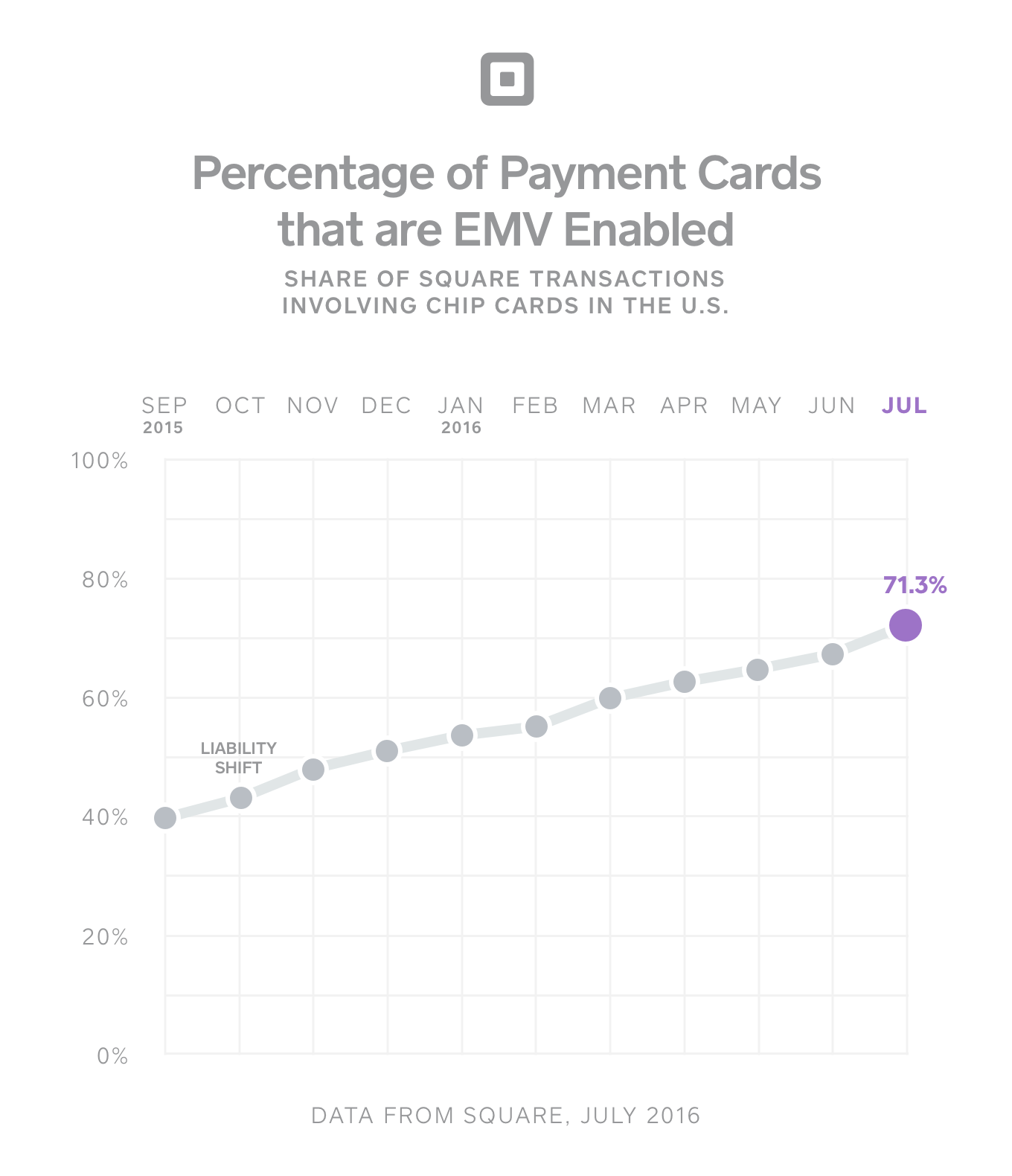 The EMV migration switch to chip cards was and is a Herculean effort. First off, there’s the swapping out of all those mag-stripe-only cards for chip-enabled cards. And when you take into account that there are roughly 1.2 billion active payment cards in the United States, that’s no small feat for issuing banks. Then, all the point-of-sale and payment terminals — over 8 million of them — are being upgraded to accept chip cards, an expensive process that’s going to cost anywhere from 8 billion to 12 billion dollars. But things are moving along as expected, and in line with what we’ve seen in other countries.

The big milestone here was the liability shift (which happened on October 1, 2015). Under the liability shift, businesses could be on the hook for certain types of fraudulent transactions if they aren’t set up to accept chip cards.

All in, as EMV migration continues, we expect EMV technology to continue to dominate the market. EMV migration will continue on the debit card front too, as more banks issue debit cards with chips. And with over 70% of all transactions now involving a chip credit card, business owners need to make sure they have a POS system or credit card reader that’s EMV compliant. One easy way to do that is to buy an nfc reader that accepts mobile payments like apple pay and android pay, since most of those credit card readers come emv compliant.

The EMV takeover is in full swing, and now more than ever business owners need to make sure they’re covered. If not, they be held responsible for credit card fraud, and no one wants that.