The beauty industry has been hit hard by COVID-19 restrictions this year, particularly in Melbourne where lockdowns led to closures of hair salons, barbers and brow bars. However Phoebe Simmonds, Founder of The BLOW (a premium blow dry boutique based in Melbourne), didn’t give up hope — opening a new location in Sydney in partnership with Sephora just as Melbourne went into their second lockdown. We spoke to Phoebe about the journey her business has taken this year, what she’s learned, and her experience of reopening after almost 6 months of closure in Melbourne.

Tell us a bit about how The BLOW got started.

As part of my previous role as Marketing Director for Benefit Cosmetics, I would travel regularly to San Francisco, where Benefit’s head office is. I saw that professional women over in the States would rely on professional blow dries once a week as a way to make them feel confident and powerful. Back in Australia, I wasn’t able to find somewhere that served up blow-dries in the way that I felt professional women like me deserved or expected.

I thought there was a big opportunity here, so we built The BLOW around four themes: a convenient location, a consistent service, a competitive price and a really cool aesthetic that made people really excited to go and experience our service.

I’m not a hairdresser or hairstylist — I had to turn to experts in hair to deliver the product, but I could really come at the business from a brand and marketing perspective. Together, we were able to create something really special, starting out with our first location which was our flagship boutique on Little Collins St in Melbourne. We recently rolled out our Sephora concept space in July, on Pitt St in Sydney. It was almost 18 months after we’d launched our first store. 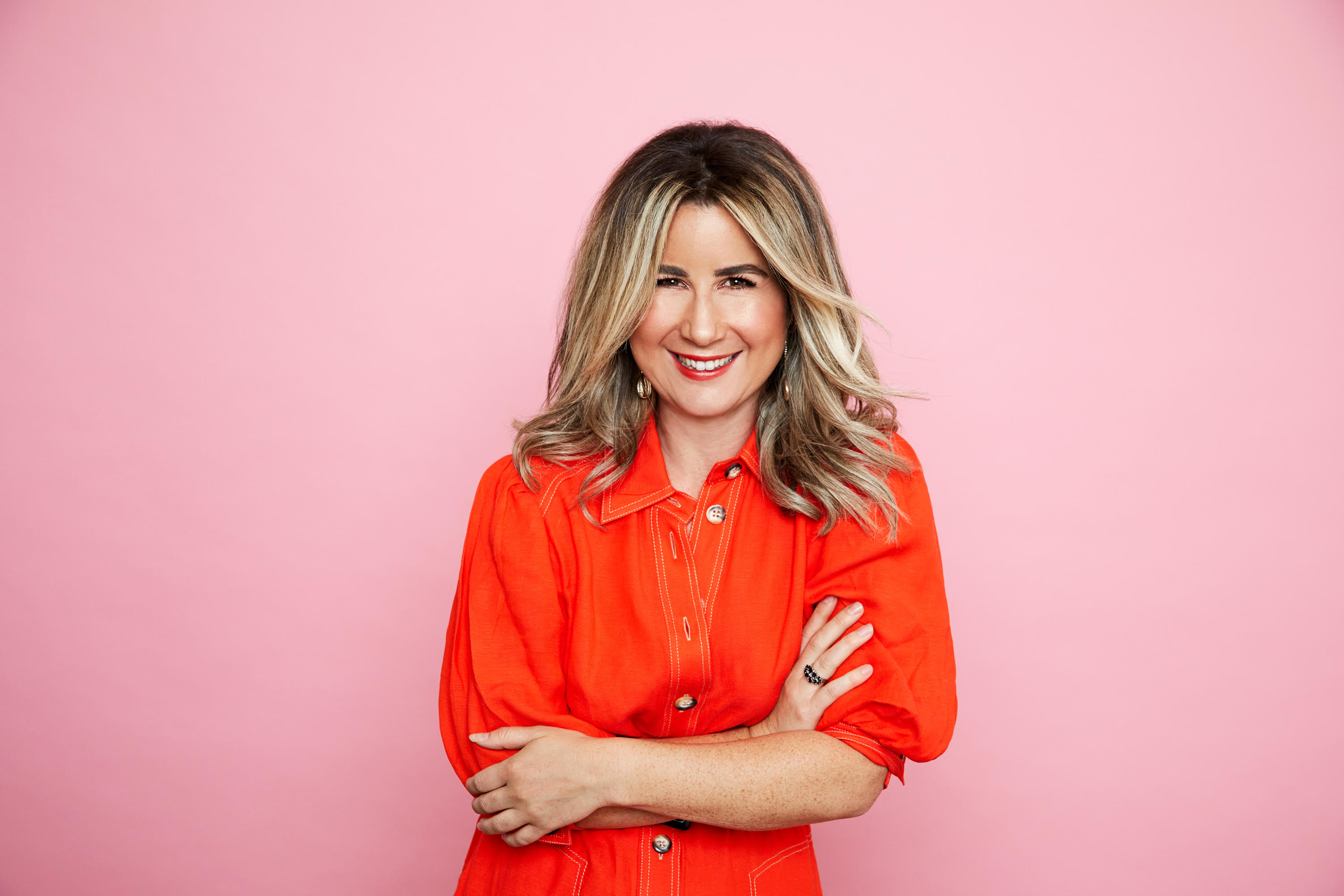 How did you land on your unique tone of voice for The BLOW?

I’m incredibly disciplined in brand identity and expression because of my background, so it was really important to me from the outset that The BLOW would have a unique personality and DNA that would mean something to women. We wanted to deliver on our mission to help women conquer their day with confidence.

To me, anyone can do a blow dry — you just need a powerful hair dryer and a bit of passion. The product we’re offering up for service is not unique — obviously we think that our styles are really unique, but at the end of the day it’s an easily replicable product.

Why I believe people come to The BLOW is for how we make women feel, and how our customers identify with everything we stand for, our mission and our DNA. We stand out from a busy market. 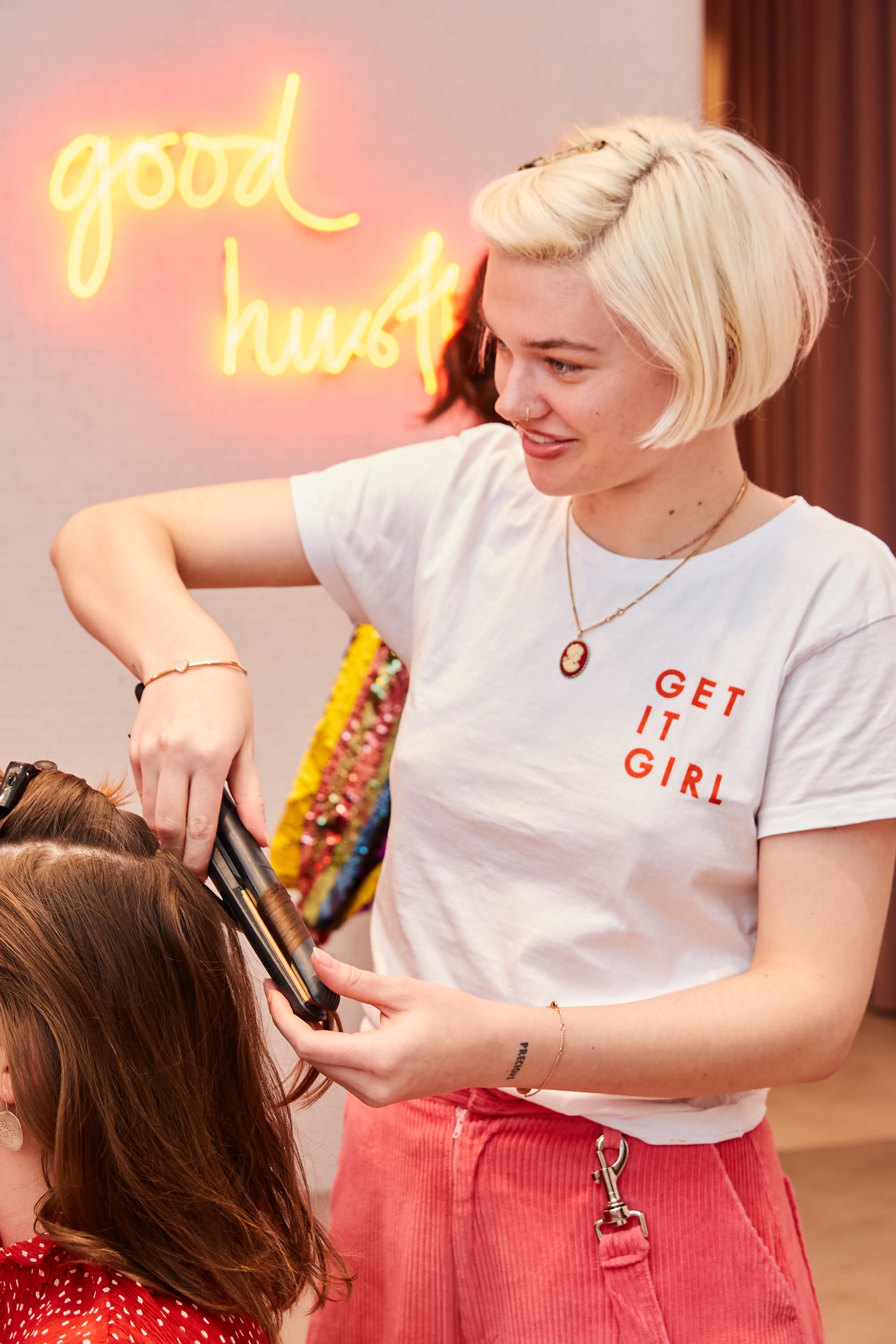 Do you have a go-to blow dry style on the menu?

My favourite is the Glitterati, because it’s really fun, super flirty, and it works for day to night. But it changes every week, it’s like choosing your favourite child.

What was it like opening your new Sephora concept space during COVID-19?

We were supposed to open our Sephora stores during March — obviously that didn’t happen! We were all on track for pushing it back to July in Melbourne Central and Pitt St, and then the three weeks before, the huge border closures and lockdown happened in Melbourne. So my retail manager and I packed up and crossed the border with just three hours to spare!

We jumped up there and were able to open Sydney, but it also meant we had to close Melbourne. The launch was really great, and we were so excited to be able to diversify and be in Sydney, but it was hard. Our heart was in Melbourne, and we had to be closed from July — October, over four months. So it was awesome, but it definitely was with a lot more pressure than we were expecting.

What has been the biggest challenge of going through two lockdowns in Melbourne?

It’s been incredibly difficult. I’d say the biggest issue for me has been around team motivation, and finding purpose — keeping everyone excited and interested in the brand and in what we’re trying to do, when we were closed for effectively 6 months. That was the most difficult.

Obviously cash flow was incredibly challenging and a source of stress, particularly early on, but we’ve benefited from JobKeeper, and I also have a brilliant landlord who’s been incredibly supportive. That has made a huge difference to my business being able to survive.

What have you found most surprising about this year?

I think just generally, resilience is everything. We got through it, it was so terrible at the time, but I can look back now and say “if we can survive that, we can survive anything”.

What didn’t surprise me is that we’ve been overwhelmed with the support from other small businesses — but I expected that because we’re part of a really vibrant community here in Melbourne, and in Sydney.

And even Square — I got an email in March saying they were waiving fees in March and April — I didn’t even need to ask that. That was incredibly generous for a business as huge and as global as Square to support small businesses. And I think that those kinds of acts of kindness show there’s more to business than cash flow.

How did you originally get set up with Square, and what tools do you use?

We use Appointments, mostly. The reason we moved over to Square is that the customer experience is so strong, and agile, and definitely puts the customer first. It was also great to be able to centralise everything (from appointments, to bank fees, to terminal fees) under Square, which made the rate incredibly competitive.

Now that you’ve reopened, what has the response been like?

It’s been amazing — we’ve been really overwhelmed with the excitement and interest. From the second we announced we were opening again, we were inundated. It’s been really gratifying to see the support from people in our community instantly. This is the thing, we really turn and rely on these services to make us feel polished and powerful. I don’t think you can underestimate the power of a blow dry in making someone feel like they can take on the world. And that’s the bit of magic we were missing through lockdown. I think people were able to really realise the value of that.